Traffic congestion and safety issues outside school must be addressed - Councillor 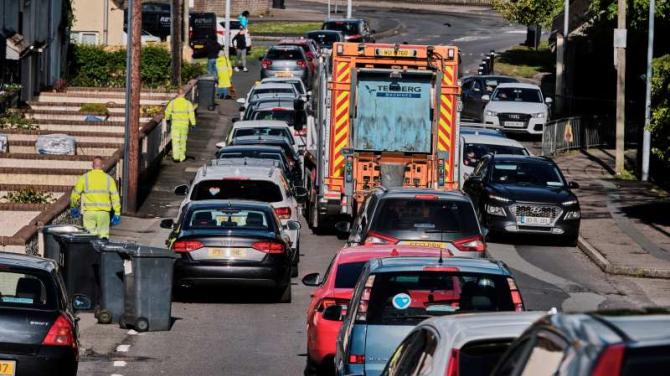 A SERIES of new measures are planned in a bid to ease traffic congestion at a local primary school.

The Department of Infrastructure (DfI) has agreed to the interim measures following a meeting outside St Catherine's Primary School on Newtownkennedy Street in Strabane.

It follows health and safety concerns aired by the school and parents who have highlighted the dangerous traffic congestion problems.

There have been longstanding issues with drivers parking on pavements and across driveways, obstructing junctions and residents around the school during drop off and collection times.

Police have been active outside in recent weeks in an effort to encourage responsible parking.

At last week's site meeting a commitment was given by DfI officials to enhance current safety measures.

A DfI spokesperson said: "The existing road markings will be renewed including the yellow lines and zig zag 'School Keep Clear'.

"The zig zag lines at the Newtownkennedy Street entrance to the school will also be extended."

Strabane Sinn Féin councillor Michaela Boyle who requested the site meeting said a solution must be found to tackle the ongoing traffic congestion and safety issues.

The local councillor said: "I have been liasing with the school principal on safety issues outside the school and met on site with DfI officials and the PSNI to tackle the ongoing traffic congestion and safety problems during drop off and collection times.

“The traffic management and parking situation is an issue of health and safety for local residents and the school community."

Continuing, Ms Boyle said that it is an issue at schools throughout the town and appealed to parents to be mindful of where they are parking during school times.

She added: "Officials have agreed to take forward some interim measures to management for approval and the PSNI will work closely with them on this matter to help find a resolution.

“We will continue to press for a collaborative approach and I would appeal to parents dropping children off not to park on the footpaths.”