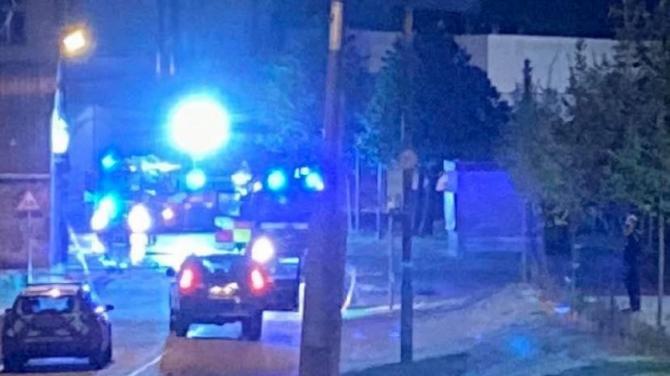 FIRES at a derelict mill site in Strabane were started deliberately, the Northern Ireland Fire and Rescue Service (NIFRS) has said.

Crews from the NIFRS attended two blazes at the old Smyth Mill on Dock Street within the space of 24 hours last week.

During the first instance on Tuesday, May 18, two crew from Strabane Fire Station at 10pm.

"Firefighters were called to rubbish on fire on the ground floor of a derelict building.

"Firefighters used a jet to extinguish the fire," a NIFRS spokesperson said.

"The incident was dealt with by 10.19pm and the cause of the fire is believed to be deliberate ignition.

A second blaze was then reported at the site at around 11.20pm the following night, with two appliances despatched again.

"Firefighters were called to a small fire on the ground floor of a derelict three-storey building," the spokesperson continued.

"The incident was dealt with by 00.28am and the cause of the fire is believed to be deliberate ignition."

The incidents are the latest in a string of incidents at the old mill site.

The building, which has stood for over 100 years, has been problematic for many years with young people known to break into the premises – even after attempts have been made to secure it.

It has lain vacant since 1986 and has fallen into a serious state of disrepair.

SDLP Sperrin councillor, Jason Barr, has called on those responsible to desist from their actions.

He said such incidents are becoming an all too regular occurrence and are putting lives at risk for both those responsible and the emergency services, as well as putting a strain on Fire Service resources.

He commented: "For the second time, our local firefighters were tasked to the old factory on the Canal Basin to deal with deliberate fires.

"I’m calling on those responsible to stop this and think about the damage this could cause to the businesses connected to this factory.

"You are also putting emergency services at a scene they do not need to be at."