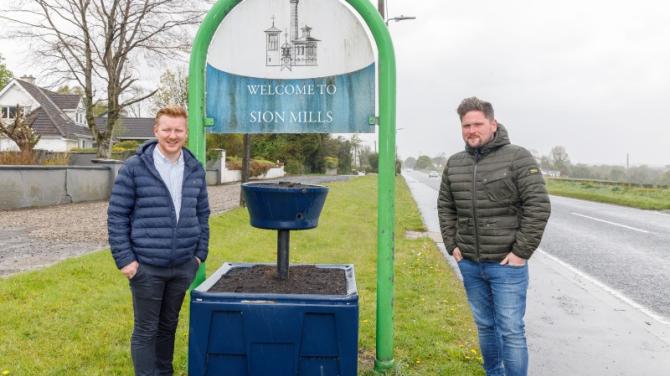 OVER 70 per cent of people on the waiting list for social housing in Sion Mills are in 'housing stress'.

The figures were disclosed by Communities Minister Deirdre Hargey in response to an Assembly question from SDLP West Tyrone MLA., Daniel McCrossan.

He had asked the Minister to detail the demand for social homes in the village and to provide details of any plans for new build homes.

In her response, Ms Hargey revealed that as of December 2020 there were 106 applicants on the social housing waiting list for the area.

Of these, 75 are in housing stress and there were only ten allocations.

She further confirmed that despite the need, there are no new schemes currently programmed for the area.

"There are currently no new social housing schemes under construction or programmed to start in Sion Mills as part of the current Social Housing Development Programme (SHDP)," the Minister said.

"That said the Draft SHDP 2021/22 to 2023/24 which has been submitted to my department for consideration does include a 12-unit proposal for delivery by Habinteg Housing in 2022/23 on the Melmount Road.

"I have been advised by the Housing Executive that the Rural Housing Association is actively investigating potential locations for additional social housing in the village.

"The Housing Executive has identified Sion Mills as a priority area for a Site Identification Study."

Reacting to the figures, Derg councillor on Derry City and Strabane District Council, Steven Edwards, said the waiting lists are significant for the village and called on the Minister to do more to invest in social housing in the area.

“These figures are significant and clearly show there is massive unmet need in the Sion Mills area," he commented.

"The fact that 71 per cent of those on the waiting list are deemed to be in housing stress is concerning.

“It’s concerning that the Housing Executive do not have any current plans for new build social homes in the village.

"This means that, given current allocation rates, it will take a decade to place people who are currently on the waiting list."

Councillor Edwards added: "It is positive that the Rural Housing Association are looking at further development in the village.

"They have already provided top class homes and I hope they are able to add to that in the near future.”