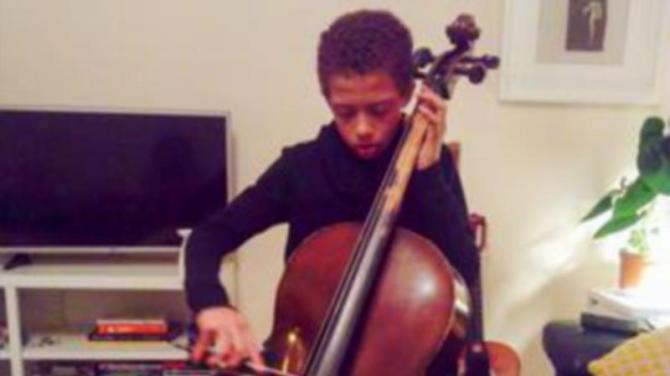 A SONG written in tribute to Noah Donohoe has been released in the hope of raising awareness of his family's campaign for answers into his disappearance and death.

'Song 4 Noah' has been penned by singer/songwriter Noella Hutton and is available across 36 digital download platforms including iTunes and Amazon Music.

Since it's release last week, the poignant track has been steadily climbing through the UK and Irish download charts.

The charts are recorded from midnight on a Thursday to midnight the following Thursday, so the family will find out tomorrow where it has been placed.

The further up the charts the song goes, the more airtime it attracts and the Donohoe family with the support of Noah's Army, hope it will help the continued momentum for their quests for answers and increase the profile of the case.

Fourteen-year-old Noah, whose mum Fiona is originally from the Lisnafin area of Strabane, went missing on June 21 prompting a huge search effort with hundreds of people joining in.

Noah, a pupil of St Malachy's College, was on his way to meet friends at Cave Hill but never arrived.

Six days later his body was recovered from a storm drain in north Belfast.

A post-mortem examination found that Noah died as a result of drowning and the PSNI ruled out foul play.

However his family say many questions remain unanswered and a coroner's hearing is ongoing.

A full hearing is due to take place in January 2022.

Noah's family are campaigning to find out exactly what happened to Noah and have made repeated appeals for information.

They have now teamed up with Noella Hutton in the hope of raising awareness of their quest for answers, with sales proceeds from the song going towards the Noah Donohoe Foundation.

Noella wrote the powerful song earlier this year when she was asked to take part in an online tribute night in memory of Noah.

The musician, who wrote the tribute piece in under three minutes, says she hopes the single will help keep Noah's name alive as his family continue to campaign for answers.

"All I can do is sing it and it’s up to the people, the powers that be to allow that to happen,” she said.

“It’s not about fame or fortune, it’s about getting Noah’s name never to be forgotten, ever.

"That wee boy’s life will not be in vain, as long as I have a breath in me I will be singing Noah’s song and I will be talking about Noah on every platform I can get.”

Noah's family is encouraging people to continue downloading the song ahead of tomorrow night to help it climb up the charts and to ask everyone they know to do the same.