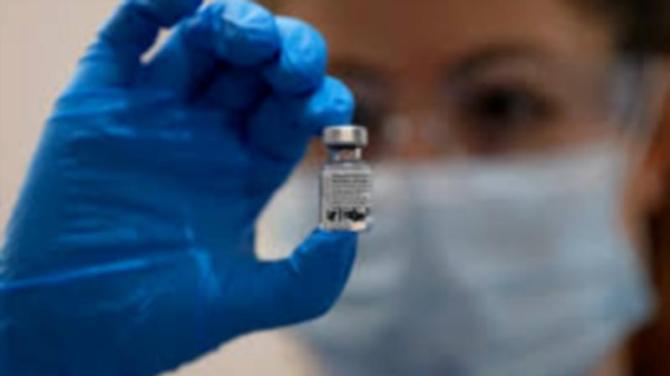 THE Western Trust says it expects that provision of COVID-19 vaccine appointment availability at its three regional centres will increase from next week.

During a media briefing yesterday (Tuesday), Trust officials were responding to concerns that people in the 35-39 age group are having difficulty booking their vaccine at local centres.

Officials were asked if there had been any decrease in the number of vaccine appointments that have been available across the Trust, or if the lack of availability for first vaccines was down to the widening of the programme to other age cohorts.

It follows concerns that most available slots are being offered to local people at the SSE Arena in Belfast and other difficult to reach regional vaccination centres.

Teresa Molloy, Trust director of Performance and Service Improvements and vaccination programme lead, said there had been "no decrease" in vaccine slot availability.

She added that "in the coming days", it's expected that the Department of Health is likely to ask for the Trust to open up further slots.

"The difference at the moment is that we are doing a lot of second doses so we have a daily limit that we can do within our teams and it's just how it has been panning out at the moment.

"We have had a number of days where we have had a very high number of second doses becoming due and they are already scheduled in.

"There should be more availability after May 9. There has been no decrease in the overall volume of vaccinations that are being delivered everyday."

She added: "Everybody over 30 can try to book as well with a local community pharmacy and so the department is very concious of access issues for the SSE Arena.

"There is widespread availability at community pharmacy as I understand it."

“The roll-out of the vaccine programme into ever younger age groups has been a major feat and we owe all the health workers and everyone else involved our deepest gratitude," Mr McHugh said.

“However in recent weeks, I have been receiving an increasing number of complaints from constituents about not being able to access an appointment at a local venue in the North West when they log in to book and instead are only being offered the SSE Arena in Belfast or other far away venues which are difficult to access especially for those who have no means of transport.

“As a result, I am concerned that many people, especially in the younger age cohorts in the are currently foregoing the opportunity to be vaccinated."

He added: "On foot of concerns, I have written to the Health Minister to make provision for more appointments to be made available either locally or at the nearest vaccine centres in Derry, Enniskillen or Omagh."