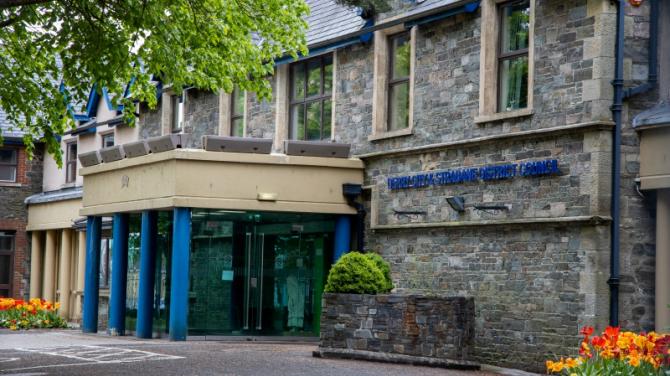 COUNCILLORS on Derry City and Strabane District Council have rejected a pay rise.

At the April meeting of the Governance and Strategic Planning Committee, a paper was brought before members outlining an amendment to guidance on councillor allowances, issued by the Department for Communities (DfC) in March 2021.

Councillors are presently paid a standard annual allowance of £15,071 which can then rise based on positions of responsibility.

Allowances are managed by the department and it has been proposed that councillors pay would be increased to £15,486.

The reported stated that the update Scheme of Allowances "includes an increase in the basic allowance from £15,071 to £15,486, and a 2.75 per cent increase in the maximum Special Responsibility Allowance payable by the council.

"Both of these changes are effective from April 1, 2020 and, as a result, a back payment will be made."

The increase was rejected by members of the committee with Sinn Fein's Sandra Duffy saying it would not be right to accept the pay increase given the current economic difficulties faced by so many people during the pandemic.

"In terms of the current economic climate and the struggles that our citizens are going through, we have sat at meetings and we have talked about food banks and hardships funds, and so on," she said.

"It just feels wrong at this current time in this current climate for us to be sitting and awarding ourselves an increase in allowances," she said.

The proposal was seconded by party colleague Paul Fleming and supported across the chamber.

The DUP's Ryan McCready said he agreed with the proposal.

Aontú's Emmett Doyle, who is not a member of the committee, said he was "heartened" to see consensus on the issue.

"It's certainly my perspective that we don't need an increase in our allowance," he said.

"There are people out there who are working absolutely flat out."

"Our nurses have been offered a measly pay rise and we should and can only stand in solidarity with them if we reject this."

The SDLP's Martin Reilly added: "I don't think it's right, as has been said.

"We have frontline workers who have been offered an abysmal pay increase for the work that they have done throughout the pandemic."

The stance to reject the updated Scheme of Allowances put forward by the department was unanimously supported by other councillors.

A proposal that council would further explore the potential of increasing allowances for councillors who sit on the Planning Committee given their increased workload, was also carried.

This decision was not taken unanimously with the DUP's Ryan McCready and independent Gary Donnelly abstaining on the vote.

The decisions will have be ratified when the full council meeting takes place later this month.