Alley Theatre to be lit up to remember victims of terrorism 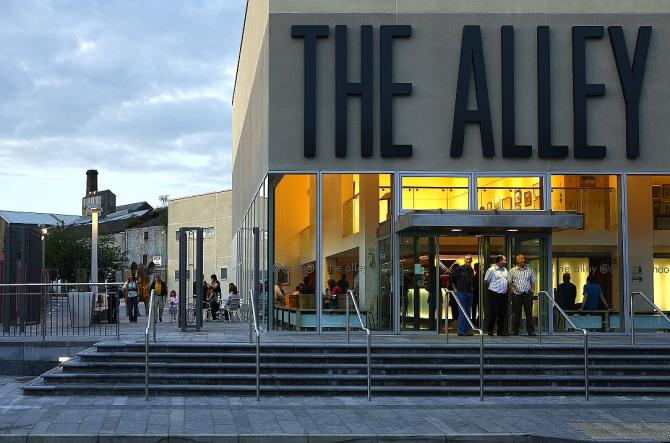 MAYOR of Derry City and Strabane District Council, councillor Brian Tierney, has facilitated the lighting up of council's Strand Road office and the Alley Theatre red tonight (Thursday) to mark European Day of Remembrance of Victims of Terrorism.

Mayor Tierney said: "I felt it was extremely important to mark this occasion within our city and district as a way of paying our respects to those who have been injured or lost their lives as a result of terrorism, and to the family and friends of those victims.

"There are many victims who lost their lives or whose lives have been changed forever, and as Mayor I wanted to extend a gesture to show that those people are in our thoughts and as a way of recognising the pain that they have endured at the hands of horrific acts of terrorism.

"As the Guildhall clock has been set up to be lit green throughout this week for Ovarian Cancer Awareness it wasn't possible to light it red also on this occasion, but I hope that by lighting both the council office in Derry and the Alley Theatre in Strabane we are showing our solidarity as a city and district with all victims of terrorism."