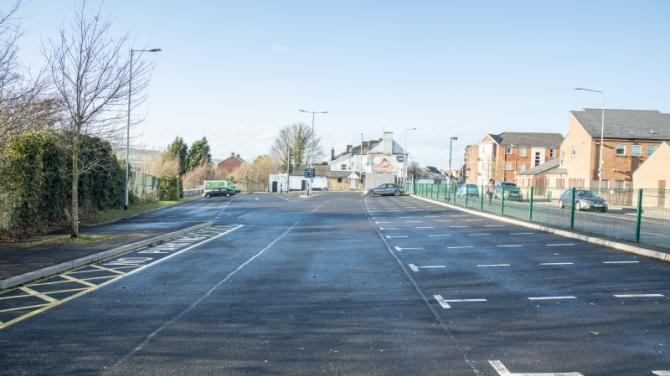 COUNCIL has agreed to assess the possibility of making the car park at Strabane Health Centre free of charge.

Currently 37 of the spaces of the Upper Main Street car park are charged while 53 are free.

The car park is owned by Derry City and Strabane District Council.

At a meeting of council's Business and Culture committee, the SDLP's Sperrin councillor, Jason Barr, proposed that council investigate the possibility of making the entire car park tariff-free.

He said many patients of the Health Centre are paying to park because the free spaces are being used.

"Every day the free car park is taken up by people going to work when people that have to go in to access care for health and lift prescriptions have to pay just to walk a second across the road," he said.

"For a lot of people it's very easy to forget to pay just to go in to lift a prescription, and then they come out and they've got a fine.

"It's something that I would like to look into and maybe propose in the future about that car park becoming totally free for the residents of the area."

Head of business, Kevin O'Connor, agreed to bring back a report on the cost implications for consideration.

Ulster Unionist councillor, Alderman Derek Hussey, pointed out that the decision to split the car park had been taken by the old Strabane District Council.

"Part of the rationale was that people were going to attend the surgery in Strabane and finding that there was nowhere to park.

"So, there had to be sort of control that ensured that the car park - because it was free compared to the one down the town - didn't fill up with town workers and left no space available.

"Certainly reconsider that situation, but also remember that there needs to be some methodology whereby car parking spaces are available for those who are coming to attend the local clinic or surgery there."

Speaking after the meeting, councillor Barr said: “If this becomes a reality I also want proper signage put up to make sure, when the Health Centre is open, that Health Centre staff and patients are prioritised, and not all the new spaces are taken up for those going to work in the town centre.”

Meanwhile, a decision on whether or not to allow free parking at all council-owned car parks across the district until the end of lockdown has been deferred until next week's full monthly meeting of council.

Ulster Unionist Alderman, Darren Guy, proposed the move on the back of previous suggestions by party colleague, Alderman Derek Hussey, who due to not being a member of the committee was unable to formally move the proposal.

Council, he said, had permitted free parking throughout the city and district during the March to June 2020 lockdown.

He added that any of the car parks had been "pretty empty" in recent times with "a lot less people around the town" and proposed that council permit free parking at all its sites "up until the current lockdown measures are lifted".

The proposal was seconded by Aontú's Emmett Doyle.

Committee chair, Rory Farrell, described the proposal as a "completely unknown quantity" to council finances and asked the head of business to provide a figure on how much the move would cost.

"You're talking about until the end of this lockdown. We don't know when that's going to be," he said.

"Also, there's a lot of variables there that would need to be ironed out before members could make an informed decision."

In response Kevin O'Connor said he could not provide an exact figure then and would need to prepare a report on the "potential lost revenue" as a result of zero fees at council-owned car parks.

The DUP's David Ramsey described the proposal as "risky" and agreed that a report was needed before councillors could make a final decision.

Alderman Hussey pointed out that no economic appraisal had been carried out when the move was agreed in the first lockdown."

A proposal by councillor Farrell to bring the paper to full council "clearly detailing the financial implication" of the move was backed by committee members.