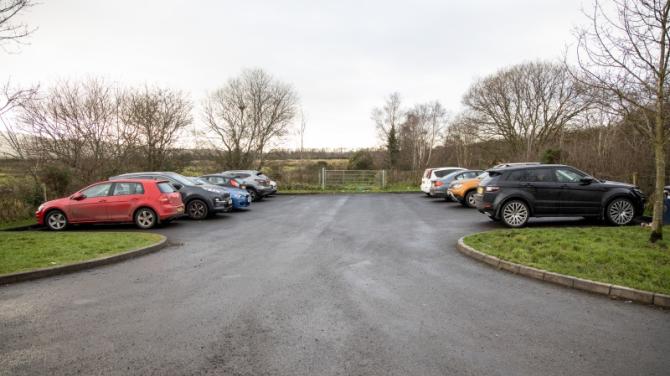 THERE have been calls for increased park facilities at the canal towpath in Ballymagorry to cope with the increasing demand.

Extensive improvement works were carried out at the amenity in recent months including resurfacing of the 1.4km of the towpath from Greenlaw Road to the Foyle, fencing improvements, new signage and seating.

Since is reopening, the newly-refurbished recreational walkway has proved an instant hit with walkers, joggers and families all keen to experience a bit of fresh air during lockdown.

But one local councillor says the area has "become a victim of its own success".

The nearby car park can only hold a small number of vehicles, with many visitors having to park on verges and along the narrow Park Road.

This in itself is causing huge problems with traffic jams, while there have also been a number of accident.

Raising the matter at the Health and Community committee on council, Mr Barr said dog fouling had also become a serious issue.

"The new walkway at the canal has been an instant hit with locals who are flocking to the area now to enjoy a walk during the lockdown," he said.

"The canal in essence, a major project, has become a victim of its own success.

"The age old problem of dog fouling and dogs not being kept under control has raised its head down here as well as other recreational areas of the district.

"I feel its time for council to adopt a zero tolerance in this problem.

"Because of the popularity of the canal now, parking has become a major problem also.

"I would presume that council owns the car park down there and if so, is there a possibility of the car park being extended in the future to cope with the extra demand?"

Councillor Barr said speeding along the Park Road had become another issue of concern and suggested that council officers contact the relevant department with a view to "maybe imposing a speed limit or if possible, installing speed ramps."

Director of Health and Community, Karen McFarland, said responsibility for the canal rested within the Environment and Regeneration committee and that she would refer the issue regarding the extension of the car park there.

"Certainly, we will take on board liaison regarding the speeding on Park Road," she added.

In response to the issues raised regarding dog fouling and dog control, the head of Health and Community Wellbeing, Seamus Donaght, stated that an "increasing number of complaints" had been reported and that recently an internal meeting was held with a number of different departments where it was agreed to authorise more council staff to take action in relation to irresponsible dog ownership across the district.

"We have introduced more dog control orders. Fouling on lands is one of those orders that we are going to try to reinforce the message on.

"We are going to increase the patrols across the city and district to make sure that we try and keep on top of this problem," he added.