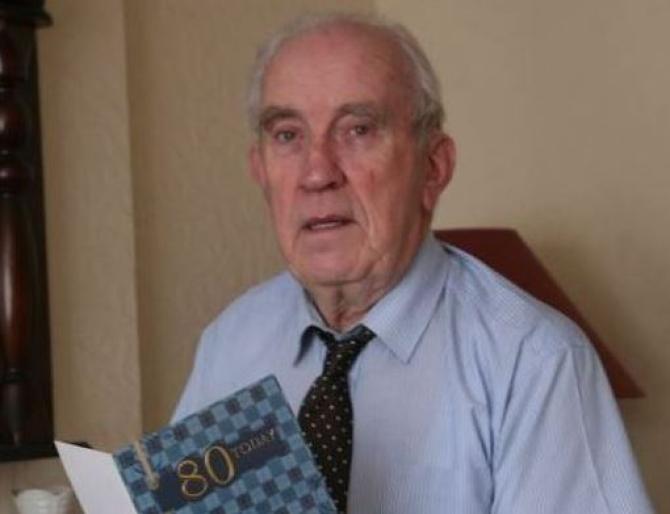 Mr James O'Kane, a former long-serving councillor and chairman of Strabane District Council, pictured on the ocassion of his 80th birthday in 2013.

TRIBUTES have been paid following the death of a former long-standing councillor and chairman of Strabane District Council.

Mr James O'Kane, who served as an independent councillor for over 30 years, passed away at Melmount Manor.

His funeral service will take place at St Mary's Church, Melmount, on Thursday at 2pm.

"James spent 32 years, a lifetime, serving the people of Strabane.

"He battled hard and worked for all. His famous election slogan, ‘use your brain, vote O’Kane’ was seen in many elections throughout our streets.

"He will be missed. The thoughts and prayers of this entire community are with his family and friends at this time."

Mr O'Kane is the beloved husband of the late Frances, much loved father of Majella (Doherty), Dolores, Declan and Jeffrey and brother of Michael and the late John, Lawrence, Peter, Paul, Lena, Pat, Peggy and Kathleen.

Due to current restrictions, the service will be private for family only.

It can be viewed live via the Parish webcam: