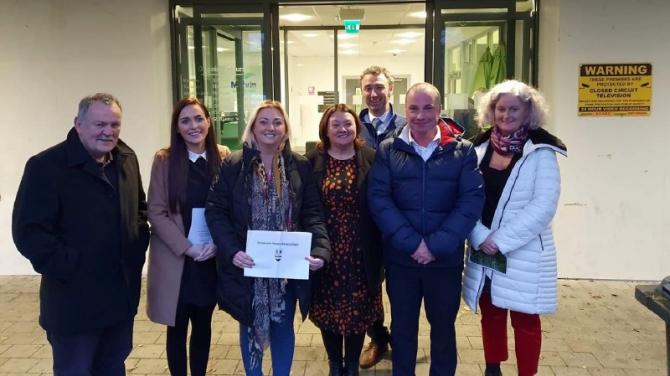 A PROPOSAL by the Education Authority (EA) for a new youth centre facility in Strabane has been finalised and forwarded to the Department of Education for approval.

In last week's Strabane Weekly News, it was revealed that the town is in line for a new £3 million purpose-built centre, with two sites understood to have been identified by the EA as suitable locations.

Plans by the EA to establish a centre in the town have been in the working for a number of years and a business case outlining options has now been submitted for review to Education Minister Peter Weir.

It marks a major step forward in the campaign for better youth provision in the town and follows years of lobbying from youth community representatives and local elected representatives.

Welcoming progress on the plans, West Tyrone MP., Órfhlaith Begley said the EA has committed to delivering on the project.

“I am delighted that a proposal for a £3m youth facility for Strabane has been finalised by the Education Authority and has now proceeded to the Department of Education for approval," the Sinn Féin representative said.

“This has been a priority for our elected representatives, who have been pushing this at every level for a number of years. We are pleased to see this now advance to the next stage.

“As part of an ongoing lobby, I alongside party colleagues, received an extensive update from the Education Authority on the progress which had been made to deliver a youth provision for Strabane.

"We have been advised that they are currently considering two facilities within Strabane town for this youth facility.

"Strabane for too long has been without adequate youth provision and this update provided clarity."

Ms Begley added that her party will continue to liaise with the EA and the Department for Education to ensure that centre is established "in the near future".

"We had been reassured that the Education Authority is committed to prioritising the delivering of this facility to Strabane.

“This service will be of much benefit to the youth of the town and the surrounding areas allowing our young people to flourish," she added.