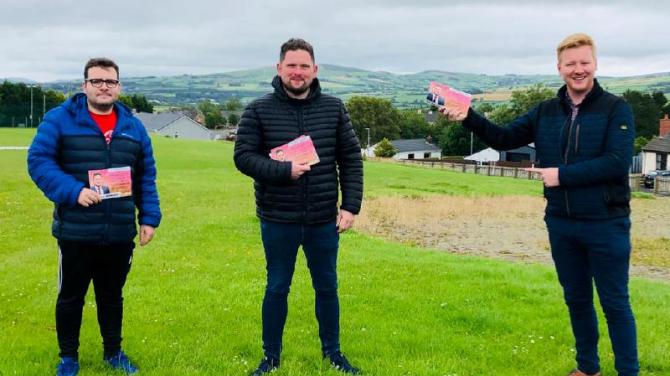 A REVIEW of play park provision conducted across the Derry City and Strabane District Council area has revealed that the Derg District Electoral Area (DEA) has the worst facilities in the district.

Council, in partnership with PlayBoard NI, is currently working on the development of a play strategy.

The work has included an audit of the current provision in all areas of the district and councillors recently met with officials virtually where they were presented with the outcome of the review.

According to local elected representatives, the review has show that the "vast majority" of existing play areas need to be upgraded or replaced, while there are areas across both the Sperrin and Derg DEA which are totally devoid of facilities.

In the Derg DEA, nine of the 14 play areas surveyed were assessed as offering "low play value".

"In brief, there were recommendations for upgrades to the vast majority of existing play areas and proposals for additional play area in the Derry Road area especially and Summerhill/Castlegrange/Carricklynn areas", independent councillor Raymond Barr remarked.

The Strabane councillor said he is confident the formulation of a plan to redress the lack of provision is "moving in the right direction".

"A masterplan for work to upgrade Lisnafin is due to start in early 2021 with the possibility of a new play area at the new development at the Adria site.

"I stressed the need for play areas in the Derry Road and Summerhill areas and will continue to lobby for the upgrade of existing facilities and new facilities for Glenside/Tulacorr areas and Summerhill/Castletown/Castlemurray areas.

"However, things appear to be moving in the right direction on these necessities."

Also speaking after the meeting, SDLP councillor Steven Edwards said: "The Derg has the worst facilities of all DEA’s in council and this has been acknowledged by council and play board NI.

“I put the case for all upgrades to existing play parks across the DEA; the Glebe, Clady, Sion Mills, Spamount, Victoria Bridge, Newtownstewart, Spamount, Killeter, Castlederg and Killen.

“I also highlighted a massive shortcoming in the wider Castletown area where residents have no play park facilities at all."

He added: “While I’m glad that plans are progressing for the area, but this needs to be followed by investment.

"The people of the DEA pay their rates like everyone else and shouldn’t be subjected to substandard provision.

“The problem has now been acknowledged but we cannot wait years for a solution.

"Children now are missing out and I want to see new state-of-the-art play parks across the district.”

An update on the review is expected to be provided to councillors at the January meeting of the Environment and Regeneration committee.

This will be followed by a presentation by PlayBoard NI on the draft Play Plan which, "subject to members' approval, will go out to wider community/stakeholder engagement," a spokesperson said.