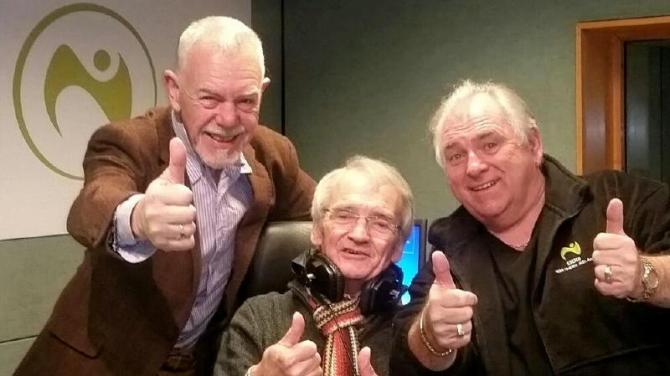 STRABANE's Hugo Duncan has paid tribute to Ireland's international country music legend, Brian Coll, who passed away at the weekend.

The Omagh man, who died on Saturday night at the age of 79, was a great friend of Mr Duncan and had a career spanning more than half a century.

Tributes from across Ireland have poured in for Mr Coll since news of his passing.

He was regarded by many as "one of the most authentic voices of Irish country" from the showband era.

Mr Duncan was inundated with tributes on the Radio Ulster programme he dedicated to Mr Coll on Monday.

He echoed the words of Fr Brian D'Arcy in that Mr Coll was a 'legend' and he expressed sadness that the number of mourners at his funeral were restricted due to coronavirus regulations.

Mr Duncan, who said his death came as a shock, commented on Monday: "He was a real legend and it's sad to see such a legend going out so quietly because normally the place would have been packed."

The likes of Daniel O'Donnell, Philomena Begley and Susan McCann all made calls to Mr Duncan's radio show to pay their respects to Mr Coll.

"He was held in such high esteem," continued Mr Duncan.

"He was an entertainer - he was a very, very good singer.

"I did a show with him recently - it was supposed to be half-an-hour but we were together for nearly two hours - and some of the stuff he came up with and the stories he told us were fantastic.

"He was a character. He loved music - and he loved motorbikes. He was a very big friend of Joey Dunlop.

"You couldn't send Brian Coll away without having a laugh with him.

"And he was very well respected by both young and old. There was a huge amount of people phoned in about him today and I left a serious amount of emails behind.

"You wouldn't have got through them all."

Mr Coll is survived by wife, Helen and children Kathy, Sharon, Helena and twins Brian and B.