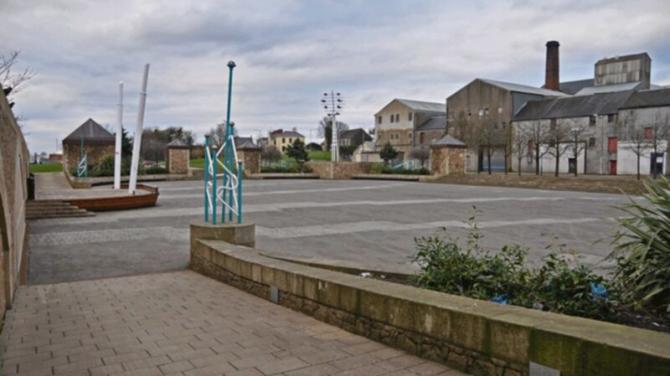 THE Department of Economy are currently considering the viability of relocating Strabane's NWRC campus to the Canal Basin, Strabane.

Constructing a replacement for the existing North West Regional College campus is part of the proposed Strabane Canal Basin Regeneration project, under the Derry/Londonderry and Strabane Region City Deal.

According to minister for the economy, Diane Dodds MLA, it is anticipated that the proposal will be developed as part of the plan to regenerate the Canal Basin on Dock Street, which has become a hotspot for anti-social behaviour in recent years.

The Department's plans for the campus was outlined in response to an assembly question posed by SDLP MLA, Daniel McCrossan, seeking an update on the future of NWRC in Strabane.

North West Regional College said relocation of the Strabane Campus would be a "significant contribution to the future" of Strabane.

A college spokesperson said: “Proposals for the development of a replacement site for our Strabane Campus in the town centre are part of a strategic outline case included within the City Deal for the Derry City and Strabane District Council region. We believe such a facility has the potential to make a significant contribution to the future socio-economic regeneration of the Strabane region.”

The response to Mr McCrossan's Assembly question, on behalf of Diane Dodds MLA, read: "NWRC is currently operating the Starbane Campus with the necessary safety measures in place due to the Covid-19 pandemic.

"My department was recently consulted on a strategic outline case for a replacement campus in the town centre, as part of the proposed Strabane Canal Basin Regeneration project under the Derry/Londonderry and Strabane Region City Deal.

"Comments on the proposal were provided and raised some issues that require further clarification. It is anticipated that the proposal will be developed further as an outline busines case as part of the overall Strabane Canal Basin Regeneration Project, and this will be then subject to assesment and evaluation by my officials in due course."

Mr McCrossan said this was a "very positive development" for the Strabane area.

“This is a very positive development for the wider Strabane area and it’s a key investment in our local youth.

“The late Angela McConnell did tremendous work on bringing this forward and in advancing the college campus in Strabane .

“It is imperative that Strabane invests in its youth, especially after this pandemic is over. The current NWRC team are doing tremendous work at the current site and this has to be recognised.

“We need to ensure we have new facilities which are fit for the present and for the future. This development would deliver just that.

“I will continue working with the Department for the Economy and Derry City and Strabane District Council to ensure these plans go ahead and are delivered as soon as practically possible.”