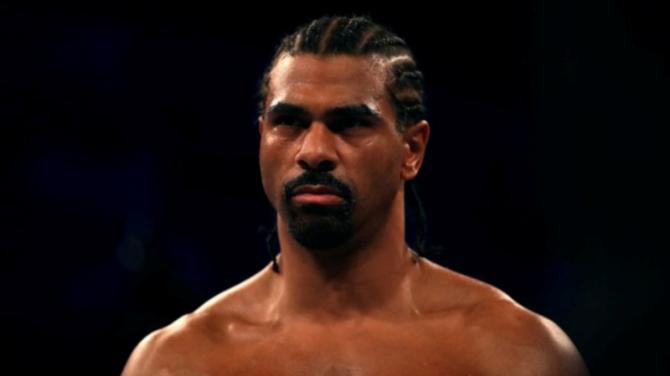 A FORMER world champion boxer has weighed in behind the Donohoe family in supporting their campaign to seek answers over Noah's disappearance.

In a short video message on social media in support of the #RememberMyNoah campaign, David Haye, a former WBA heavyweight champion, said he is fully behind the family and Noah's mum, Fiona, in their quest to get answers to the exact circumstances leading to his disappearance and subsequent death.

A major social media campaign on Twitter and Facebook was initiated by Fiona - who is originally from Lisnafin in Strabane - in a bid to raise awareness about her son's case and to celebrate his life.

Fourteen-year-old Noah went missing on June 21 and six days later his body was found in a storm drain in north Belfast.

Police have stated that no foul play was involved and a subsequent post-mortem examination found Noah died as a result of drowning.

A coronial process in Belfast is ongoing with the next hearing scheduled to take place next month.

It has previously heard that there is no evidence that the teenager was attacked, or that any other person was involved.

Giving his backing to the campaign, Mr Haye said: "This is a message of support for Fiona Donohoe in her quest to find answers for her late son who was taken way too early.

"If there's any information, please get it out there, get in contact and let's try to figure out exactly what happened."

Other high profile figures have also lent their support to the Donohoe family's campaign.

These include boxers Carl Frampton, Michael Conlon and Paddy Barnes, Northern Ireland international footballer, Stuart Dallas and Stuart Lawrence, the younger brother of Stephen Lawrence, who was killed in a racist attack in April 1993 in London.

Last month Derry City and Strabane District Council unanimously passed a motion which called on the Police Ombudsman to investigate the PSNI's handling of the case.