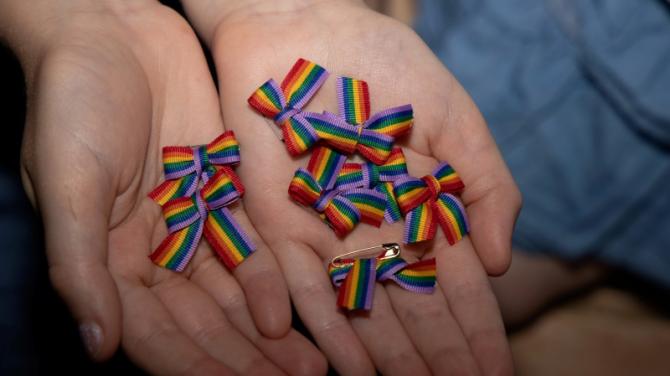 THE fundraising efforts of two young sisters in Artigarvan in support of the community response to the COVID-19 pandemic have been given the Royal seal of approval.

Back in May at the height of lockdown, Megan McMaster (8) and Lily-Rose Gibson (3), were keen to do their bit to help the vulnerable in the community.

The kind-hearted pair set about making rainbow badges which they then sold from the end of their driveway.

On the day the sisters raised an impressive £155 for Artigarvan COVID-19 Response, a total that has now reached £200 thanks to further generous donations.

But perhaps more impressive is the fact that the girls' efforts have caught the attention of the Royal family.

During lockdown Megan also wrote a letter to several Royals including a complimentary badge with each, so imagine the excitement when responses started to arrive in the post earlier this month.

Responses have included a letter on behalf of the Queen, a personal missive from the Duchess of Cornwall, Camilla and even a £10 donation from Princess Anne's private secretary.

In her letter, the Queen's lady-in-waiting thanked the girls for their thoughtful gesture adding: "Her Majesty was touched to hear you had created a number of these badges in order to raise funds for food packages for the most vulnerable in your community.

"The Queen was delighted to learn of your efforts, and of the success you have achieved, and hopes you and your family have been keeping safe and well yourselves in the current situation."

Claire Gibson, who is mum to Lily-Rose and stepmum to Megan, explained: "It was a little lockdown project. I just ordered some ribbon and safety pins from Ebay and we just used a glue gun to make the rainbow badges so it was a really simple thing.

"We wanted to raise some money for the Artigarvan COVID-19 Response towards food packages etc for needy people in the community.

"Once we had made them, the girls then started selling them at the top of our driveway and they ended up making £155 on the day.

"We had loads of support and everybody in the community was really generous coming along on the day to buy the badges.

"We didn't put a set price and people gave what they could afford. People were really generous and the girls got such lovely feedback from everybody who loved the badges.

"They were delighted to raise the money. It was just a nice, thoughtful way of helping people out and helping the community.

"It also showed that you can help other people in quite an easy way."

The colourful creations were also sent to friends further afield in Belfast and family in England and Wales.

Claire, a teacher, explained that the idea to write letters was a part of the home-schooling routine.

"As part of a home-schooling task I got Megan to write a letter to the Queen and other members of the Royal family. The idea was to get her practising typing on the computer and her letter writing.

"She asked how they were coping with lockdown and told them a few things the girls had been up to including fundraising from the badges.

"We also included a badge as well. We were hoping we would get some responses and it didn't take long before we got our first replies," Claire added.

"Usually all letters are written by a lady-in-waiting or a private secretary but Camilla's was actually written by her which was amazing.

"Princess Anne's letter had a £10 note in it as well to add to the girl's fundraising efforts so they were absolutely thrilled by that."

On August 14 and on the day of Lily-Rose's third birthday, there was more excitement when a letter from the Queen arrived.

Claire continued: "It was from her lady-in-waiting but apparently the Queen and the Royals are shown all the letters that they receive but they obviously can't reply to them all personally which is why they have somebody to do it for them.

"The girls were so excited when the first few letters started to arrive but obviously to get one from the Queen was that extra bit special. It's pretty amazing.

"We're all quite impressed that the Queen knows who the girls are and now has one of their rainbow badges. We just wanted to raise some money but to have it recognised by some quite important people, is brilliant.

"We've also had replies on behalf of Prince Charles, the Duke of Edinburgh and the Duke and Duchess of Kent.

"We sent around 14 letters so we are still waiting on a few replies including hopefully one from William and Kate.

"Letters were also sent to Prince Harry and Meghan Markle but because they have left Royal duties, we're not sure if we will get a reply.

"Megan was quite excited to send one to Meghan because, although she spells it differently, they have the same name.

"She understands that we might not get a reply from them but fingers crossed, we still could."

During lockdown the family also carried out a litter-pick in the village during one of their daily walks collecting two bags full of rubbish.

"There are so many people who have struggled during lockdown and it's nice to have that consideration for others," Claire said.

Megan, who is a pupil of Omagh County PS, is now looking forward to going back to school and showing off the letters - albeit photocopies.

"Megan is really chuffed and has been telling everyone. Lily-Rose is only three so doesn't understand as much.

"It's a really nice thing for us to come out of lockdown and a really lovely memory for the girls.

"The letters will be lovely keepsakes for the girls to keep and look back on when they're older," Claire added.