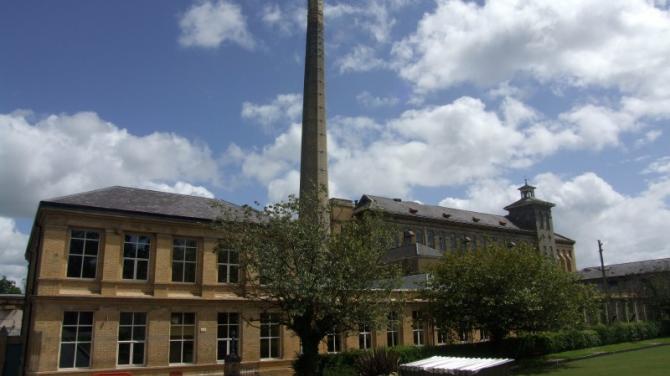 WEST Tyrone could be in line for a major jobs boost with news that a Donegal firm is looking to establish a base in Sion Mills.

According to a local MLA, Ballybofey-based Mulrine's of Donegal are proposing to bring 200 new jobs to the area by setting up at the former Herdman's Mill complex in the village.

This week, SDLP West Tyrone MLA., Daniel McCrossan, revealed that talks between the mill owner and the company are at an advanced stage.

He said that due to the significant economic challanges posed by Brexit, company owners P Mulrine and Sons, have been looking to establish a base north of the border and Sion Mills topped a shortlist of three.

Mr McCrossan, who has been involved in the discussions for 18 months, says the investment will not only create jobs but will ensure the long-term future of the historic mill site and provide stability for local sporting organisations.

“It has taken months and months of negotiations to get to this stage and I’m happy to have played a vital role so far in working with all stakeholders. I have full faith that this deal will be completed soon," he said.

“P Mulrine’s and Sons are a well established company, celebrating their centenary last year. They are a large employer in the North West and we are excited by the proposal for Sion Mills.

“A main priority for me has been creating much needed local jobs while also preserving the rich history of Sion Mills along with its sporting facilities. This three strand approach is vital to ensuring the successful completion of this deal."

The news follows on from confirmation last week that Sion Swifts and Sion Mills Cricket Club have both secured agreements for the long-term leasing of the Brae pitches and Holm field respectively.

He added: “200 new jobs for the area is a massive achievement given the current climate businesses are operating in. This will be a massive boost for the entire area by providing well paid jobs.

“This proposed deal will also see local sporting organisations, including Sion Swifts and Sion Mills Cricket Club, secure long term leases which is of huge benefit to the local community."

The huge 62-acre site had been owned by the Herdman family for over 170 years. At its height, the mill once employed more than 1,000 staff.

It ceased spinning linen in 2004 and the company that owned the mill went into receivership in 2011.

The site was then bought by Euromillions winner, Margaret Loughrey in 2014 following her huge win.

Mr McCrossan said the news represents a "sea change" for the area and paid tribute to Ms Loughrey who, he said, who had worked tirelessly to ensure a positive result.

“This represents a sea change for the local area and is a massive boost for our local economy that has been struggling over COVID. I’m delighted to have played a key role in ensuring that this deal will be delivered for the local community.

“I would like to thank all stakeholders involved so far. In particular the director of Ray Mill Ltd (Margaret Loughrey) who has worked very hard to ensure a successful outcome and a positive result which will see our vision for Sion Mills realised," he added.

When contacted about the plans, the company's managing director, Malacy Magee said: "The company doesn't comment on any deals that we are involved in whilst negotiations are ongoing."