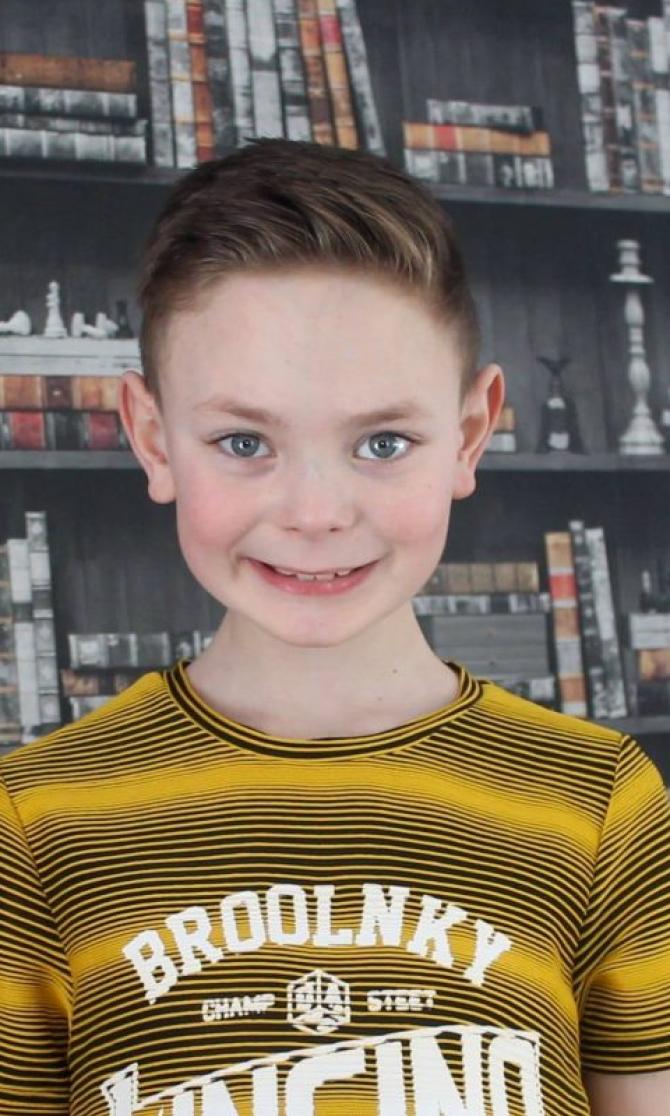 A TALENTED schoolboy's dream of becoming a performer has taken a step forward now that he has signed up with a well-respected talent agency.

Eight-year-old Kris Friel is now on the books of Co Armagh outfit - Rising Talent Agency - Northern Ireland’s only dedicated acting agency for young people regulated by the Department for the Economy.

A pupil of St Columba's Primary School in Clady, young Kris is no stranger to being on stage having already performed in school shows and in the Castlederg based Much Ado Stage School's production of 'Charlie and the Chocolate Factory', last June.

More recently he went viral when his stunning rendition of 'Somewhere over the Rainbow', which he dedicated to all NHS and frontline workers, was widely shared and viewed thousands of times online.

Now, he and his proud mum, Veronica have high hopes for his future.

Having signed with Rising Talent in February, Kris' profile has been added to the company's expansive portfolio for acting and singing roles.

Speaking this week, Veronica said that she had been on the look-out for an agency but wanted to find the right company.

Agencies in Dublin and England presented as possibilities but ultimately, Rising Talent proved the perfect fit and when Kris sent off his self-tape of him acting out a small piece, it wasn't long before he was snapped up.

"I've always said I would love to get him into an agency but it had to be the right place and we're delighted he's now with Rising Talent," Veronica said.

"They have a lot of great actors on their books so hopefully this will open doors for Kris. They were looking for boys aged 7 to 9 who are very musical and that's Kris. He just loves to perform and is very much into his music. He is a natural performer."

The talented youngster had been due to attend auditions for roles in July but with lockdown restrictions, it's uncertain when these will now take place.

Until then, Kris has been spending time at his Lifford home and has even managed to build on his impressive repertoire of skills.

During lockdown he has also been keeping up with his lessons via the online Zoom platform as well as his school work.

"He's kept busy with it all. Before lockdown he was always out at lessons. He plays a number of different instruments including piano, guitar, the ukulele and the banjo.

"He has only been learning piano since he was six and because of lockdown we thought he wouldn't be able to sit his grade two exam which he has only been working towards for the past few months.

"But he was able to do it online and received a distinction! He also does weekly speech and drama with the Much Ado Stage School.

"He is a modest, shy wee boy but very confident in what he does and just loves performing.

"He sings every day sitting at the piano and is always practising. It really cheers me up listening to him and he's always learning new songs."

Like most young boys his age, Kris is also a keen footballer and plays for Sion Swifts 2011 side and has been involved with Allegro Youth Choir/Orchestra Northwest.

Veronica added: "I'm so proud of all that he has achieved at such a young age. He is really delighted to be part of Rising Talent and is looking forward to any opportunities that come his way.

"It just means now that if a production is looking for someone of Kris' age and skills, the agency can put him forward. He also can do his own thing as well and has the freedom to audition for other roles if something comes up that we think suits him."