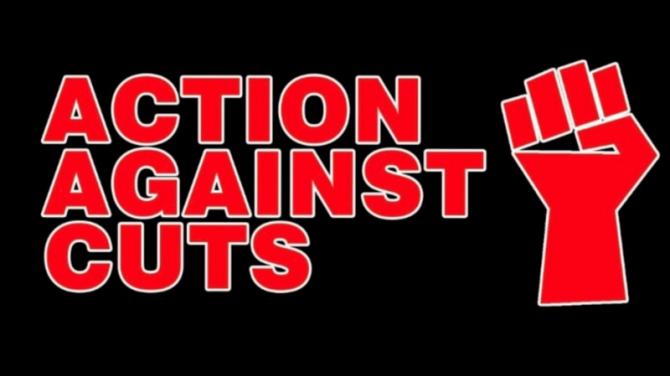 A PUBLIC meeting is taking place in Strabane tonight (Wednesday) to examine the impact of austerity cuts on local people.

The meeting, being held in the Fir Trees Hotel, has been organised by the Action Against Cuts group.

Speaking ahead of the meeting, a spokesperson said: “Despite the promises of Sinn Féin and the DUP that no-one would lose out following the introduction of so-called welfare reform, thousands of individuals and claimants continue to suffer both financial hardship and degrading treatment.

“This will not change without action…. Time to fight back.”

Action Against Cuts is a group of welfare advisors, community activists and concerned local people working as a collective whose aims are to share information and educate those most affected by the cuts to empower themselves; organise public events, protests and direct action and work “towards ending poverty and hardships in our local communities”.

The meeting will feature a number of case studies from local people who have borne the brunt of the Conservative government’s welfare reform.

A buffet will be served at 6.30pm with the meeting scheduled to get underway at 7pm.