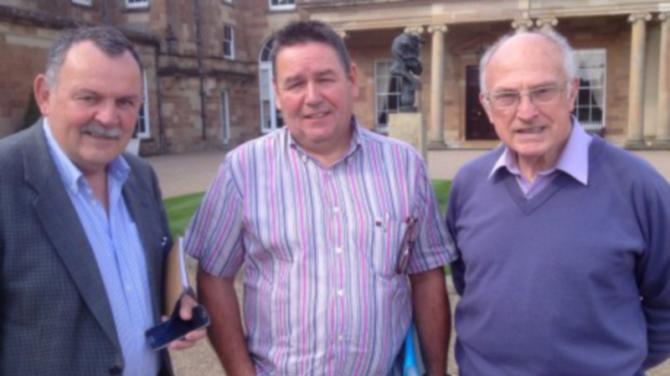 A LONG-running campaign by villagers in Clady to restrict heavy articulated lorries passing through the North Tyrone village has moved a step closer to reality with confirmation this week that a consultation process with local residents on the issue will take place in the coming weeks.

The Department for Infrastructure (DfI) has confirmed that a public consultation on implementing a HGV (Heavy Goods Vehicle) weight restriction will commence in March.

Villagers say an increasing number of lorry drivers are using Clady as a shortcut from the A5 to Donegal and vice-versa. This, they say, is posing dangers to local people as well as pupils from the nearby St Columba's Primary School, which lorries also bypass.

Confirmation that DfI now intends to move to consult on the matter was contained in a letter to Strabane-based MLA., Michaela Boyle, who had written to the department pressing for action in December last year. In the missive, a senior civil servant confirmed that any restriction will not apply to lorries requiring access to businesses in the area.

“We are aware of the problems being experienced within the village. Progress on the implementation of a weight restriction has been delayed. I can confirm that the department now intends to carry-out a public consultation on the proposal to introduce a weight restriction within the village. It is hoped that the consultation exercise will take place in March 2019 and will give everyone the opportunity to comment on the proposal.

“The consultation will focus on the introduction of a 7.5 tonnes weight limit within the village, with an exemption for vehicles that require access to deliver or collect goods from local residents and businesses,” the letter stated.

The official confirmed that if the outcome of the consultation is positive – which is expected – any final decision “would be a matter for ministers”. That said, he also confirmed that officials will give consideration to exercising new powers passed by the Secretary of State, Karen Bradley, last year allowing civil servants to make decisions in the continuing absence of an Executive.