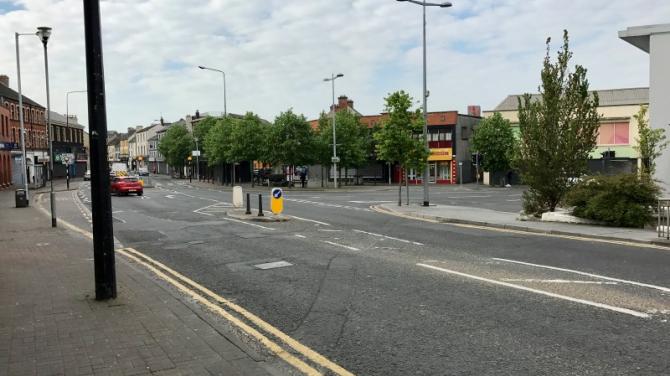 A NETWORK of closed circuit television (CCTV) cameras will be erected in Strabane town centre in a bid to deter crime and anti-social behaviour, it can be revealed.

The 24-hour surveillance technology will be installed in the coming weeks with an anticipated operational date by late March early April.

Two CCTV cameras have been operational at either side of the pedestrian bridge in the town since 2017.

Derry City and Strabane District Council (DCSDC) has confirmed this week that funding in the region of £60,000 has been secured for the intstallation of a further seven cameras at various locations in the town.

A spokesperson told this newspaper: “Almost £60,000 of funding has been secured for the installation of a number of CCTV cameras in Strabane town. The cameras will be an additional resource to help improve the safety of the town centre for all.

“Work will begin on the installation in the coming weeks and it is anticipated that the cameras will be in place by late spring.”

Councillors were always told that funding for the monitoring system was the main stumbling block but funding has now been identified via a number of streams to advance the system.

Local district councillor, Patsy Kelly, a long time advocate for the need for cameras, says the development is “a good news story” for Strabane.

He said Londonderry already has a fully operational CCTV system and that it was important that Strabane was on a par to help make the town a safer place to socialise in and to protect local businesses.

The independent councillor said: “I have been campaigning for these cameras for several years both on the old council and Derry City and Strabane District Council so I’m delighted to have confirmation that funding has now been approved and even better, I’m told the money has to be spent by the end of March so they will be up sooner rather than later.”