Riverine Project set to be given green light 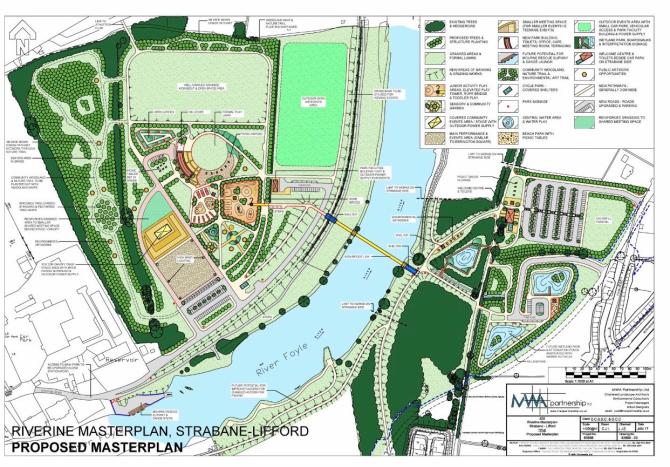 ANTICIPATION is growing that an announcement is imminent from the Special European Programmes Body (SEUPB) that the cross-border Riverine Project is getting the green light.

The plan aims to completely regenerate the area linking the border towns of Strabane and Lifford and consists of a 30-acre ‘iconic shared space’ including the provision of a public park, open air theatre, walking and running routes, a cycling zone, public art and a footbridge.

The ambitious project has been in the making for over a decade and was officially given the go ahead back in 2011 but it has suffered a number of funding setbacks most recently in March last year when it missed out by a solitary point in what SEUPB described as a ‘competitive process’.

The project failed to secure the funding due to a perceived lack of community engagement with SEUPB claiming the project did not demonstrate the required ‘community interest’.

In response, the community sector and local businesses rallied together in a final effort to get the project across the funding line by showing that the scheme has public support during the 'Rise of the Riverine' fun day event last May.