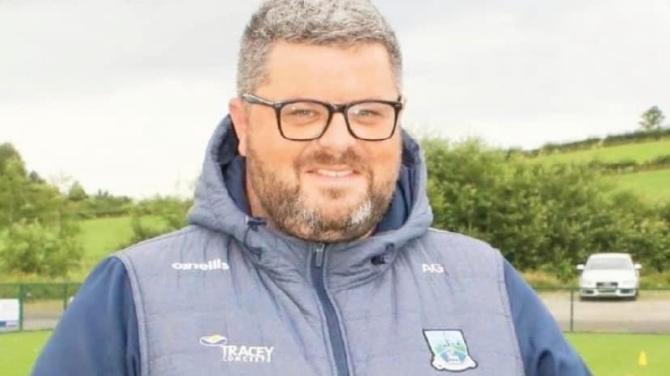 The appointment of Mr Gilroy was confirmed by the committee of the Clady club on Saturday evening.

A spokesperson said: "The Committee of Urney Naomh Columba are delighted to announce the appointment of Fermanagh native Aiden Gilroy as our new men’s senior football manager.

"Aiden comes to Pairc Naomh Columba with a wealth of coaching experience at both club and county level within Fermanagh.

"He has managed his home club Edenery St Joseph’s senior team before becoming assistant manager at Belnaleck Art McMurrough’s when they won the Fermanagh Intermediate title in 2018.

"This was followed up with a run to the Senior Championship semi-final in 2019 where they lost to Fermanagh kingpins, Derrygonnelly Harps, in a replay.

"For the past two years Aiden managed the Derrylin O’Connell’s club where he secured the Fermanagh Junior Championship in 2020 and followed this up with promotion to Division One of the Fermanagh League for the first time since the mid 1980s.

"Furthermore, last season saw Aiden manage the Fermanagh county minor team, who beat Cavan in the Ulster Championship quarter-finals before succumbing to Tyrone in the semi-finals.

"Taking on the role of Urney manager is one that really excites Aiden such is the competitive nature of Tyrone club football and Championship."

Aiden also brings with him fellow Edenery clubman and former Fermanagh senior footballer, Enda Ferris, as part of his specialist coaching set up.

The club added: "Everyone at the club wish to extend Aiden and Enda a very warm welcome to Urney Naomh Columba and look forward to working with them."