Owen Roes’ Sunrise to Sunset raises over £20,000 for local charities! 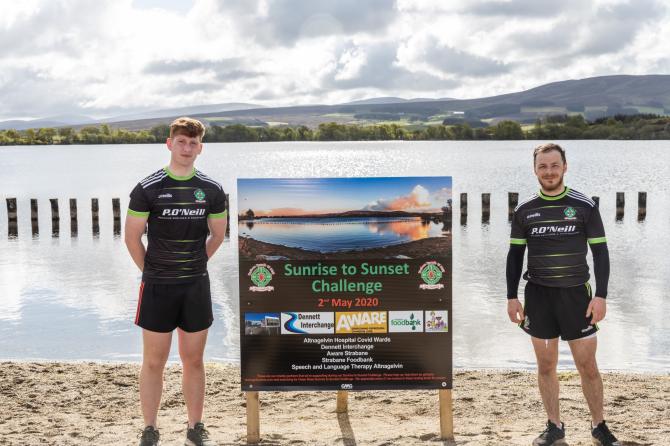 WHEN the Owen Roes representatives planned their 'Sunrise to Sunset Challenge’, they had set a modest target of raising £2,000.

The challenge saw over 40 of the club’s players take it in turns to run three laps of the lough which is 5km in length in total, with social distancing strictly adhered to.

It took place on Saturday at Moorlough, a mile from Owen Roes’ Pairc an Ghleanna pitch, and commenced as the sun came up at 5.46am and continued in laps until 9.07pm that evening.

County star Cathal McShane also played his part in the fundraiser despite being injured by donating the jersey and boots that he wore in the 2018 All Ireland senior final.

And it is safe to say the club smashed their initial target. In fact, they raised over 10 times what they had expected to!

"In this current climate we thought that £2,000 would be a realistic target so to raise over £21,000 is just fantastic," said club captain Stephen Kelly.

“As the days went on, the figure just kept rising and rising. We wondered when the generosity was going to stop! We are really pleased because it’s the charities who are going to benefit. We are all very proud.”

With the coronavirus outbreak suspending all league and cup action, the Owen Roes players were glad to get back into some kind of competitive sport!

“There was a good buzz around the club. It had been missing for a while with no training or events happening, with the club in lockdown.

“Everyone had been doing their own wee bits and pieces of training, but Saturday was the first day some of the lads saw each other in six weeks or so. It was good to have the competitive streak back with everyone running a 5k, to see where everyone was at.

“The whole community was behind us, so this event brought the smiles back to some faces. Everyone at the club is very, very happy and it’s quite remarkable really.”

“Especially in this current climate the charities are going to benefit greatly from this substantial figure,” continued Stephen.

“There were no official times but the word of mouth suggests Gerard Devine was the fastest around the laps!

“For a few days in the build up to the event there was a bit of slagging and craic and it was the same throughout the day itself, but it was all good fun. The boys were just happy to get back into some kind of routine.”