Swifts bid to claim first silverware of the season 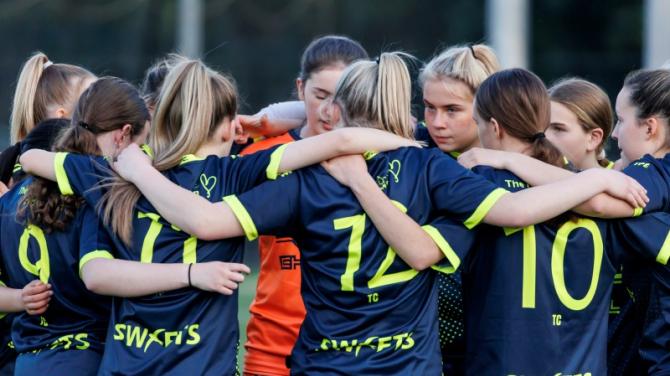 ALL roads will lead to Belfast this evening (Wednesday) for Sion Swifts Ladies and their fans as Tony McGinley's side seek to claim the Women’s Premiership League Cup.

Swifts will battle it out against Danske Bank Premiership rivals, Cliftonville Ladies, in the final at the Blanchflower Stadium.

It's the first silverware up for grabs this season with both teams looking to lift the trophy for the first time in both their history.

The north Tyrone ladies faced off against Linfield Ladies in the semi-final with a penalty shoot-out settling the closely contested affair, while Cliftonville also won on spot kicks against Lisburn Ladies to set up the showpiece finale with Swifts.

The final will be held at the home of HW Welders FC, with a 7.45pm kick-off.

The game will also be live-streamed on the BBC Sport NI website and BBC iPlayer with the NI Football League also confirming that Jordan’s Gift are sponsoring the final.

Jordan’s Gift is a registered charity that was established in 2016 with a proud background in supporting young people in Northern Ireland.

The charity was established in remembrance of the late Jordan Kennedy to keep alive his memory by helping others.

Many young people, some with disability, some with social disadvantage have received ‘Gifts’ from Jordan, not only through awards and funding but through the gift of life through the donation of organs following his sudden passing at just 22 years of age.

"The competition gives us a unique opportunity to spread the message of Jordan’s Gift to a new audience but also support female football at the same time."

Neil Coleman, NIFL head of Marketing & Communications, added: “Women’s football under the guidance of the NI Football League is in a really exciting period of growth heading into the European Championships and we’re hugely encouraged that more organisations such as Jordan’s Gift are backing our competitions at this time, we’re extremely grateful for their support.”