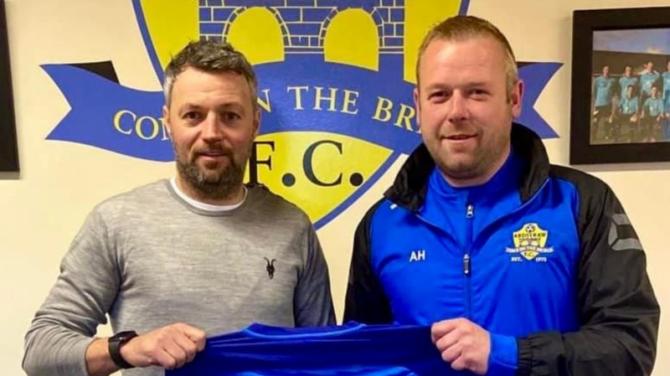 The club announced the signing of the Castlederg man just days after it revealed that they are returning to the Fermanagh and Western Division.

The 41-year-old, former manager of Dergview FC played with the Dergview Reserves team last season, and is the Ardstraw club's first signing ahead of the new season.

A spokesperson for the club said: "Ardstraw Football Club are thrilled to announce the signing of fan favourite and proven talisman, Ivan Sproule.

"Returning to Vaughan’s Holm in a playing capacity, Ivan’s signing makes a bold statement of intent for the season ahead.

"His experience, passion and winning mentality is exactly what will be required to kickstart our journey through the Fermanagh and Western Football League.

"Preparations for next season will now continue. We urge the entire Vaughan’s Holm faithful to rally behind and show your support."

Days earlier the club confirmed that after much speculation and discussion, it had been unanimously decided that the first team will return to the Fermanagh & Western Football League for the upcoming 2022/23 season.

Speaking on the club’s decision, chairperson Aaron Hempton said: “This decision has not been taken lightly. It has been an ongoing discussion for quite some time now.

"Despite the initial uncertainty, we are all now extremely excited to get back into the bustle of Fermanagh Western Football."

Aaron continued: “During twelve enjoyable seasons in the NI Intermediate League, we have experienced many highs and created many memories.

"As we reflect on this time in the club’s history, I would like to take the opportunity to thank all the managers, players, supporters and sponsors who each contributed to the club’s success.

“We now hope the local community and all club members will continue to encourage and support us in our new challenge.

"Collectively we believe, this decision to return to Junior football will galvanise our club and be to the immediate and long term benefit of all our members.

"With your support, we look forward with much optimism and determination to ensure an exciting and successful period for our football club."