IRISH LEAGUE PREVIEW: 'Big Two' headline another mammoth week at both ends of the Premiership 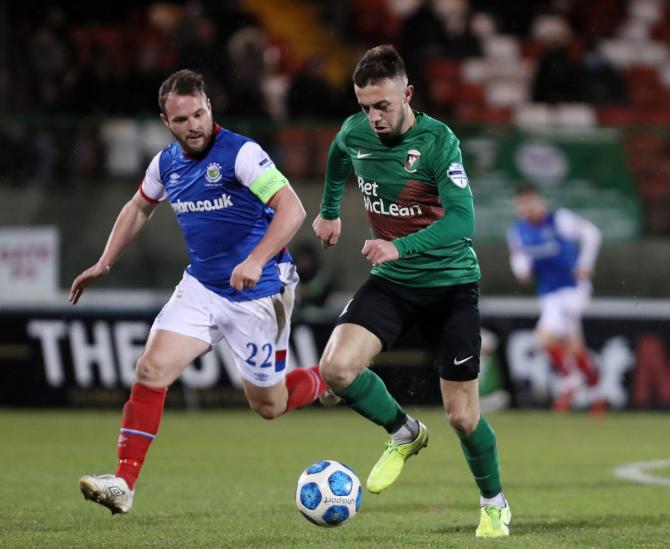 It seems like every weekend is a massive one in the Irish League and the upcoming games over the next 24 hours are no different.

The Blues maintained their one-point gap at the summit of the Danske Bank Premiership last weekend after a goalless draw against Cliftonville at Solitude.

However, the visitors will want to respond from their eye-catching 4-0 home defeat to Crusaders, which meant they are now six points behind David Healy’s side and they know they will have no more margin for error.

Elsewhere, on Saturday, Cliftonville welcome Larne to north Belfast as they maintain their push for a second trophy of the season.

As for Larne, they all but secured at least finishing 5th in the Premiership standings come the end of the season after a 3-0 home win against Coleraine last time out.

Speaking of the Bannsiders, they will hope to turn their fortunes around having only won one out of their last nine games. Oran Kearney’s men have home advantage tomorrow afternoon as Irish Cup finalists Crusaders make the journey to the North Coast.

In Section B of the table, Glenavon can go another step closer in their bid to cement the last European qualification spot as they visit Dungannon Swifts.

The Lurgan Blues stretched their lead in 7th spot to four points over Ballymena United, with the Swifts now being dragged back into a relegation fight as they aim to avoid an end-of-season play-off.

Portadown know one more win will definitely see the County Armagh side avoid automatic relegation as they make the trip to Ballymena United.

The Ports have lost their last two games and know they will need to pick up as many points as possible to avoid a relegation play-off. As for the Sky Blues, they will be hoping that results elsewhere go in their favour, whilst winning themselves, to overtake Glenavon in the table.

The final fixture sees Warrenpoint Town at home to Carrick Rangers with Barry Gray’s side having to win to avoid the drop – providing Portadown don’t win at Ballymena.

The ‘Gers picked up a much needed win last time out at home to Dungannon Swifts as they also aim to avoid an end-of-season relegation play-off.

FIXTURES - All games kick off at 3pm on Saturday unless stated