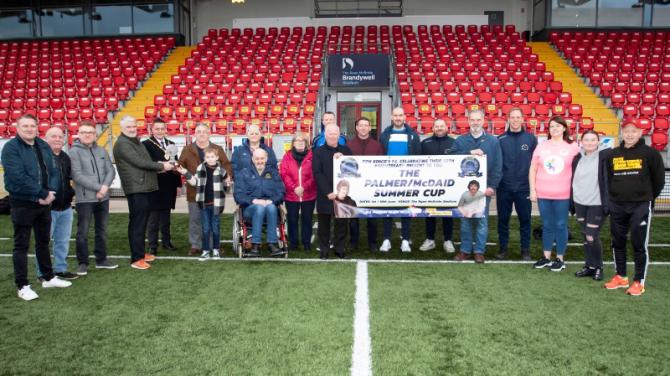 THE Palmer-McDaid Summer Cup has been officially launched.

The competition is being held to mark the 50th anniversary of Don Bosco's FC.

All the games in the tournament are to be played at the Brandywell commencing on June 1 with the cup competition running until June 18.

The tournament was launched on Saturday at the Ryan McBride Brandywell Stadium by Mayor of Derry City and Strabane District Council, Alderman Graham Warke.

In attendance were members of the Palmer and McDaid families, club and tournament officials as well as representatives from the charities who benefit from the tournament, Cystic Fybrosis and the Pink Ladies.