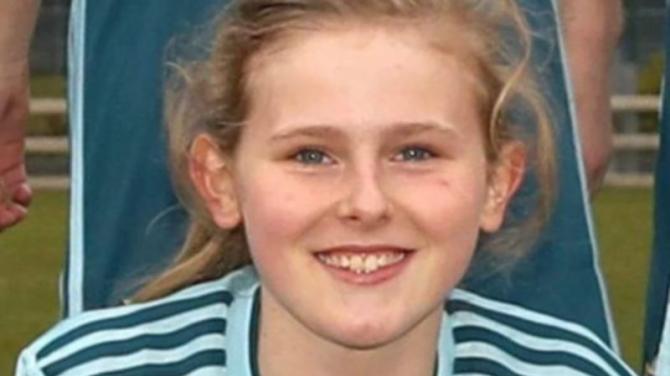 WITH the build up to Euro 22 in England this summer gathering speed, Cora Chambers, of Sion Swifts Ladies, has received the call to join the full-time Northern Ireland training camp.

Cora - who recently turned 18 - joins her team mates in camp at Newforge Sports Complex in Belfast this week for the next five months in preparation for the prestigious tournament.

A spokesperson for Swifts said: "All at the club wish to congratulate Cora on this achievement."

The creation of the camp means players in Kenny Shiels’ squad who do not play the game professionally in England or Scotland will become full-time players in the run-up to the tournament, which is being staged in England in July.

“This year will be a pivotal year for my squad and backroom team," manager Shiels said.

“Having a permanent base at Newforge will help us collectively to maximise our potential in readiness for World Cup qualifiers and, of course, competing at the Euros in England.”

The players, who will train five days a week, will be put through tactical and physical pitch sessions as well as individual and group strengthening and conditioning, plus balanced rest and recovery sessions.

“It will take at least six weeks until our programme begins to show effect,” continued Shiels.

“It's certainly a great feeling to be part of it. Some girls will adjust quicker than others. Newforge is a fantastic setting for the girls to progress.”

Games will be played in front of full houses in places like Wembley and Old Trafford to name but a few.

Northern Ireland are drawn against Austria, England and Norway in Group A of the competition.

Along with the World Cup qualifiers in April, Northern Ireland are aiming to arrange friendly matches in February and June to ensure plenty of match practise in advance of the Euros.

“We will do everything we can to prepare the squad for this fantastic occasion,” said Irish FA chief executive Patrick Nelson.

“It has been a huge undertaking to put such an operation together over the last few months. We are, of course, used to short term international training get-togethers, but never before have we run a seven-month camp with the financial, operational, technical, welfare and medical support such a project demands,” he pointed out.

Irish FA director of women's football Angela Platt thanked the employers, education establishments and clubs for releasing players to be part of this new era for the national team and is excited to see what results it yields.

"Up to now many of our players have balanced studying or employment, or both, with training commitments to prepare to compete at the highest level in our sport," Platt said.

"Competing with the best requires a level of commitment that makes full-time employment virtually impossible.

"With this programme now in place, it will enable our squad to fully focus on being elite athletes and give us the best chance of success in Southampton later this year."

The camp’s training schedule covers every day of the week except Saturdays; Saturday is the scheduled day off for players.

The next competitive fixtures for Northern Ireland are two FIFA Women’s World Cup 2023 qualifiers (European Qualifying Group D) in April – away to Austria on the 8th and home to England on the 12th.