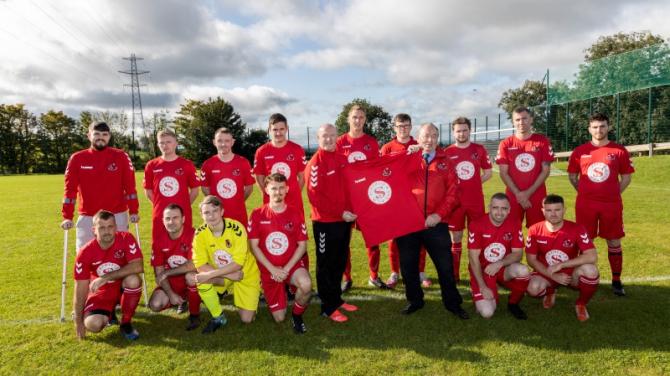 WHILE the result was disappointing, Saturday's home game was a major day of celebration for Artigarvan FC.

It marked the first game on the newly-refurbished pitch at Art Road.

Limavady were the visitors and ultimately ran out comfortable winners on a scoreline of 5-2.

Captain Dean Mehaffey was on the scoresheet for both of Artigarvan's goals.

A club spokesperson said: "A poor result but good to get playing in our first game at home.

"Thanks to the big crowd for getting down to support."

The club extended its thanks to new sponsor, Maurice Surphils of LW Surphilis and Alderman Maurice Devenney, who sponsored the match ball.

A spokesperson for LW Surphilis commented: "We are proud to sponsor Artigarvan FC’s new kits and club wear.

"We’d like to wish Artigarvan all the best on their upcoming season."