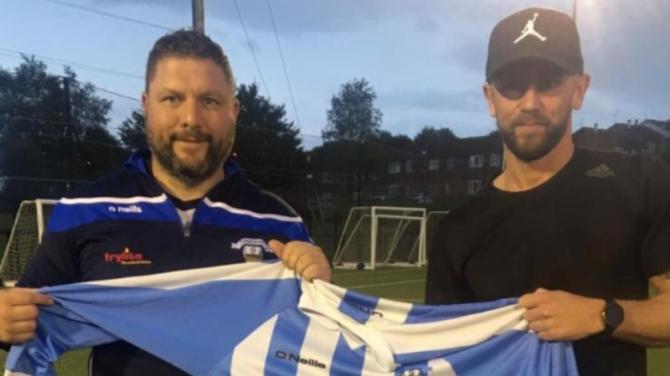 The Strabane man brings the experience of the highest level to help Athletic in their quest for a second league title and possibly promotion.

Patterson said on his arrival: "I grew up with Eamon and I’ve worked with Marty at Derry. I know how good a coach he is.

"With the stand being built and allowing the chance of promotion, I’m excited to have a run at it and help the young lads whatever way I can and play a part in hopefully achieving that.

"The people of the town can play a big role by getting behind the young lads and supporting them, making Strabane a fortress.”

Manager Curry was naturally enthusiastic about the prospects presented by his latest acquisition.

“We are delighted to get Rory in, what he will bring to the group are standards, drive and goals.

"The man has played at a high level for a long period of time and made a living out of the game, in a cutthroat industry, it shows his quality.

"For me, and I've said this before, he's the best player to come out of the town and there have been some fantastic ones at that.

"When I spoke to him he was very humble and was more than happy to come in and help the club look to gain promotion.

"It was a very straightforward conversation, he's come into training tonight, worked really hard as have all the lads, and showed his quality.

"Rory is another important addition to the squad I and the staff are looking to build. I'm delighted to have him on board and we will look to strengthen further in the coming weeks.”