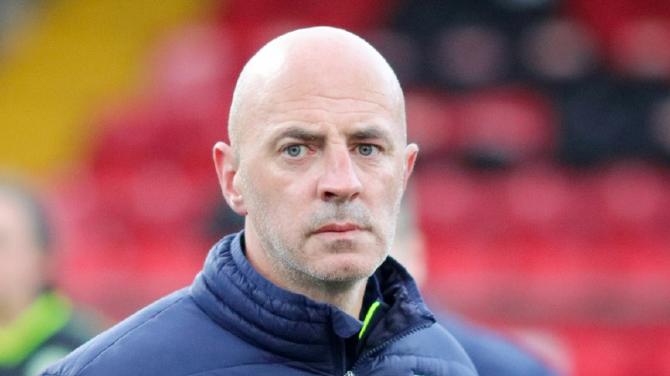 IT will be a baptism of fire for Sion Swifts’ young side as they start the new Danske Bank Women’s Premiership campaign with an away game at Linfield.

Manager Tony McGinley sees the upcoming season as one of transition following the departure of the McGuinness sisters - Kirsty and Caitlin - and the signings of a number of promising but ultimately inexperienced players.

Swifts are looking to build on their third-place finish last season, but McGinley accepts it is going to be a big ask.

And he couldn’t have asked for a tougher start than having to travel to Linfield when the season kicks off on April 28.

“Obviously you'd like a home game to start the season. But it is what it is. And it is a small league, there are only six teams.

“It’s Linfield away, very tough, and we have a very young squad this year. We are in transition again and it’s a tough ask.”

Swifts will play each four teams, with the season wrapping up on October 6.

“We are going to get very familiar with every team, so we will embrace it and look forward to it,” said McGinley.

The signing of experienced goalkeeper Denise McElhinney from Donegal is a boost.

Northern Ireland under 17 and under 19 international, Aimee Neal, has also been snapped up from Lisburn Rangers.

Also now on the books are Leah McGonagle, signed from Derry City, and Hayley O’Donnell, from Linfield.

“We could probably be doing with another couple of signings,” said McGinley, who still has over a month to add to his squad.

“We have lost the McGuinness sisters. Obviously they are going to be a big loss and won’t be easily replaced. But the show must go on.

“There are five weeks to go and I’d like to get another two players in the door before the end of April. We are still working on it.”

McGinley admits his current squad is the youngest he has ever managed at Sion Swifts.

Due to the impact of Covid-19, most of the players are local to the area.

The boss accepts it is going to be very difficult to mount a title challenge this season.

“As a club, we’ve had to have a rethink about how we’re going to move forward, and it’s more about building again for the next couple of years to try to back up to the top end of the table,” McGinley continued.

“It’s about investing in the youth we have throughout the club and trying to get one or two more players through the door.

“So it’s going to take us a wee while to get back up to where we want to be.

“That’s a challenge for us all, and we want to embrace that. The onus is on us as coaches and staff to improve what we have, both individually and collectively to try to take us back up there.”