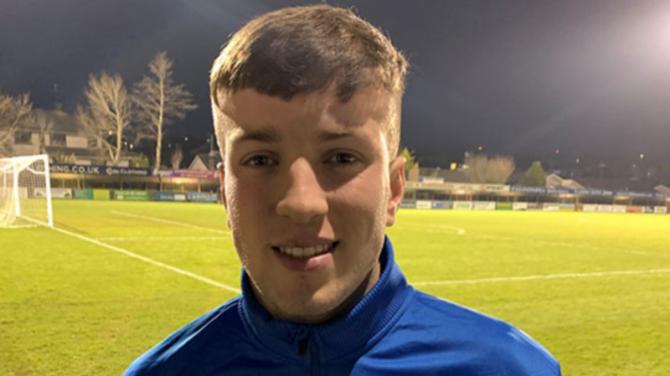 The 19-year-old midfielder was signed by Swifts manager Kris Lindsay on the final day of the transfer window.

The Strabane man joined Stangmore Park as a free agent from his most recent club Finn Harps.

Speaking of his delight at the move, Niall said: “I know Caolan McAleer and he spoke to me about Dungannon, told me that Kris (Lindsay) was brilliant with the lads. I played with Dungannon United Youth (DUY) in the underage squads at youth level and I know it’s the same ethos right the way through from DUY to Dungannon Swifts.

“I think it’s brilliant that Dungannon has so much young and experience throughout the squad and I’m looking forward to playing and learning alongside both.

“I am buzzing to get started and involved with the team, they are on a good run at the moment and hopefully can keep it going.”

Equally delighted with his new signing, Kris Lindsay said he’s been impressed from what he’s seen of the teen in so far.

“I am delighted to add Niall to our squad and get him back on board with us in Dungannon. He gives us competition for more options in midfield.

“He is technically a very good player, who previously played with Dungannon United Youth.”

Niall will wear the number 43 shirt.