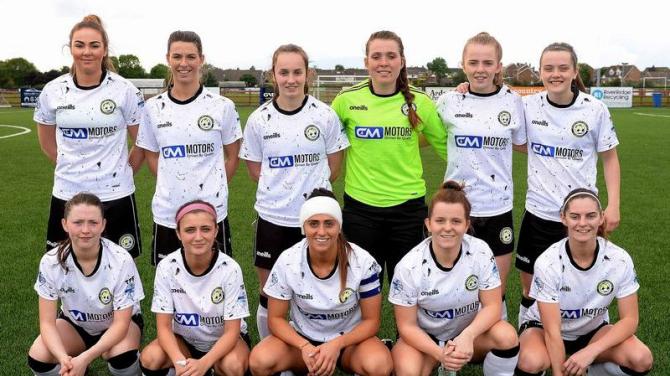 SION Swifts Ladies manager Tony McGinley is refusing to watch or even keep up to date with Linfield’s Women’s Premiership title-deciding encounter with Derry City (tonight).

The Swifts are tantanisingly close to an historic first ever top-flight league title, sitting top of the pile having played all of their matches, three points ahead of the Blues.

Reigning champions Linfield, however, will play their final game of the season at the Brandywell tonight knowing they must at least seven goals to be retain their crown.

That leaves McGinley and his players in the horrible situation of waiting to see if they have done enough to take the glory.

To ask any team to score seven goals in one match is usually a huge ask, but Linfield are so clinical in attack, underlined by the fact they have netted 83 league goals so far.

In stark comparison, Derry have scored just four times all season, and perhaps more worrying, have conceded an eye-watering 67 goals.

Linfield, therefore, must be classed as the favourites to pip Sion Swifts to the title, as cruel as that would be on McGinley’s side.