Brave Athletic seal their place in fifth round of Irish Cup 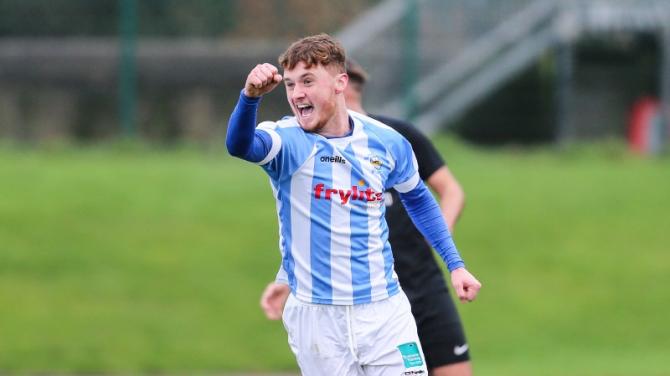 FOR just the second time in their short history, Strabane Athletic will be in the draw for round five of the Irish Cup when the big guns enter the fray.

Strabane are there courtesy of a 2-0 victory over Belfast's St James’ Swifts in a pulsating fourth round tie at Melvin Park on Saturday.

Goals in each half from Aodhan Doherty and Kyle proved to be enough on the day, as the visitors had a man sent off.

The visitors served notice of their intentions as early as the first minute when a header from a corner rebounded off the upright.

For the rest of the half Swifts enjoyed the majority of possession and created several chances.

This prompted a magnificent first-half defensive display by the Athletic rearguard in which Dylan Forbes and skipper Liam McMenamin were towers of strength. When the St James’ forwards did breach the home defence they found goalkeeper Jack Boggs in brilliant form pulling off several top class saves to deny the visitors a lead.

Strabane found time to fashion some good attacking moves of their own and a quick passing break around the 25 minute mark saw Aodhan Doherty block an attempted clearance and the ball roll over the line to give Strabane the lead.

The remainder of the half followed a similar pattern with Swifts pressing for an equaliser but thwarted by resolute defending and Boggs continuing to repel anything the visitors threw at him.

Athletic's speed on the counter attack was troubling the visitors and the home side threatened on a few occasions to extend their lead.

However, there was no further scoring in the first-half and Strabane left the field to warm applause from a large crowd of spectators who appreciated the work rate throughout the team.

It was obvious from the beginning of the second-half that it was Athletic who were now dominant and visiting keeper Marc Maybin produced a brilliant save to deny Liam McMenamin.

With Strabane pressing hard the visitors suffered a blow when right back Kyle Reid was dismissed around the hour mark for a second bookable offence.

Strabane were in confident mood now but still had to be alert to the visitors’ threat on the counter.

It was Kyle Harte who eased the nerves of the spectators by cutting in from the left wing and firing home a good shot from outside the penalty area to double the advantage.

Athletic were comfortable now and it was fitting that Jack Boggs drew the last applause during the game by holding on safely to a high ball under pressure from the St James’ forwards.

Strabane will learn who they play in round five of the Irish Cup on Thursday around lunchtime. Meanwhile, another big game beckons at the weekend when they travel to face neighbours Newbuildings Utd in a vital league match. Kick off in Newbuildings is at 2pm.