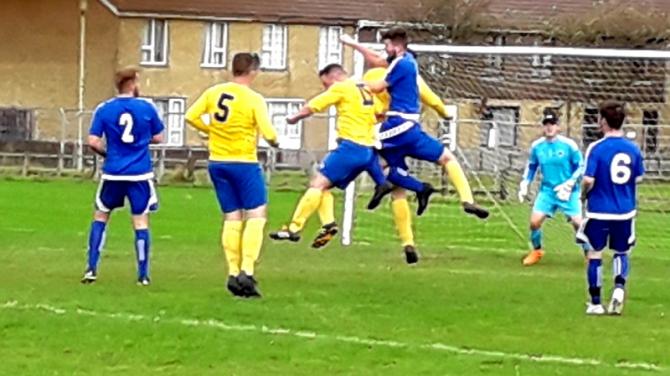 DONEMANA travelled to Eglinton on Saturday and their good form continued as they came away with all three points in a 3-2 victory.

Donemana were on the front foot straight away and took the lead in the first minute when a good run and cross from Jason Milligan was fired home by that man Levi Dougherty whose good scoring form continues.

Donemana were playing well and controlling most of the play although Eglinton were coming back into the game and created a few good chances which they could not convert.

Alan McFaul was putting in another good shift in the middle of the park and the backline was solid. Donemana doubled their lead on the half hour when a free kick played in by Gary McClintock was headed home by brother William McClintock.

The second half was much like the first with Donemana comfortable in possession and Grant Garden and Levi Dougherty were linking well up font, with Garden holding up the ball very well.

It was 3-0 on 70 minutes when Garden got a well-deserved goal. A good run down the left by McFaul he squared the ball to Garden who controlled and finished well with a low shot in the bottom corner past the advancing keeper.

Donemana were comfortable but Eglinton scored with about ten minutes to go when Donemana did not clear the ball and their player scored from close range.

A good team performance to make it five wins in a row and maintain top spot in the league.