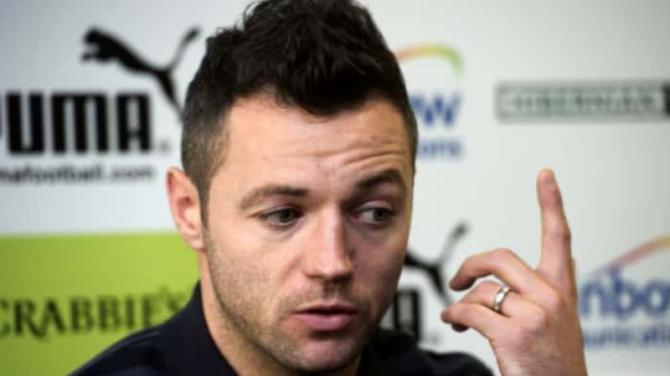 ARDSTRAW player-manager Ivan Sproule was livid by his side's performance in their 4-0 defeat to Strabane Athletic in their opening Northern Ireland Intermediate League game at Vaughan's Holm on Saturday.

Second-half goals by Sean Ferry, after Aaron Porter and Conal Crawford had set Athletic on their way, sealed an impressed victory for the visitors.

It is only a second defeat for Ardstraw since the season started but Sproule wasn't happy with his side's showing.

"All over the pitch there was a lack of desire, a lack of hunger and a general lack of effort," he said.

"Strabane were by far the superior side. We had the upper hand on them in the last game of last season and in the earlier cup game this season but to be honest we were lucky to get away with a 4-0.

"There will be a few boys looking over their shoulders after this performance. I wonder can some of them pull the shirt back on again.

"Ardstraw has lost something like five cup finals, we lost the big games last season against Maiden City and Magherafelt and today is another big game we have lost.

"I'm the manager, I'm the man who has to make the calls. For me we have got to react and perhaps it's time that even more youth players are blooded into the team."