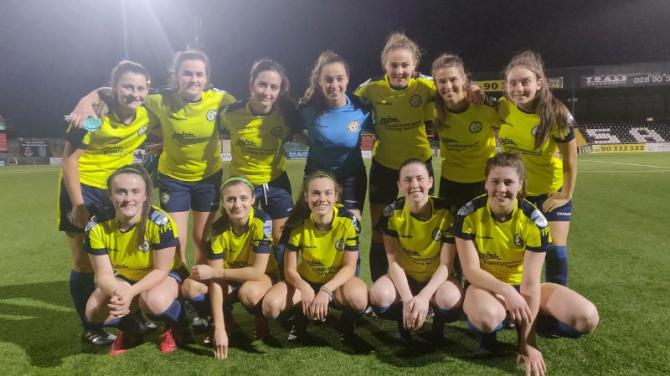 Sion Swifts put five points between the sides and are now only three points behind Cliftonville Ladies who occupy third position.

Sion have not been defeated in the league this season against Crusaders with two victories and one draw from their meetings.

The only goal of the game came on 12 minutes when Aimee Mackin was sent through and kept her composure in the area slotting under the advancing Crusaders goalkeeper to give the Swifts all three points.

A Swifts’ spokesperson said: “A minute’s ilence was held before the game in memory of Malachy Connor, grandfather of Swifts, Claragh Connor. Tonight’s win is dedicated to Claragh and her family.”

Tonight (Wednesday), they take on Linfield Ladies at Melvin in their last home game with kick-off scheduled for 8pm.

This will be followed with an away game to Cliftonville Ladies on Wednesday, September 26.