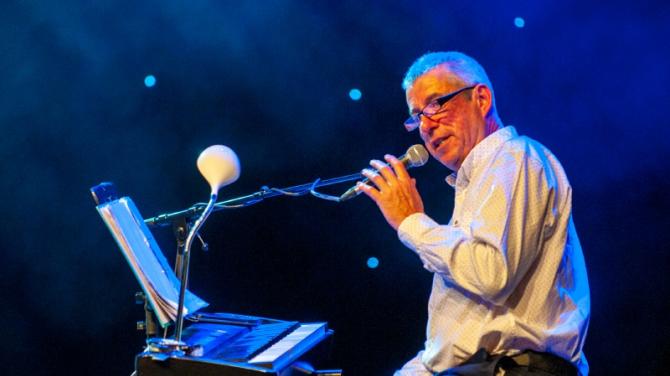 LOCAL musician, Gerard Bradley, was joined on the Alley Theatre stage by Denise O'Kane and Mark Bradley at the weekend as part of a series of monthly performances.

The exciting programme titled 'Gerard Bradley presents An Evening With…' sees Gerard joined each month by a different selection of musical guests, covering a wide range of styles.

Gerard is the fou​nding member of the extremely successful Strabane Chamber Choir and the Jazz Gazette.

He was previously musical director (MD) of Letterkenny Music Society for ten years and has also served as occasional MD or rehearsal pianist for multiple musical productions across the North West, as well as being part of the Strabane Concert Brass.

The next performance in the series will take place on Thursday, August 4 in the Strabane venue where Gerard will be alongside Ruth Corey and Robert Peoples.

She has performed for numerous large events including the Reading and Cambridge festivals.

During the evening expect plenty of folk, a touch of jazz and some David Bowie thrown in for good measure.

Robert Peoples studied viola at Colchester Institute School of Music under the tuition of Mr Glyndwr Parfitt from 1987-1991.

As well as his classical training, Robert has played in several bands over the years, with genres ranging from blues/folk, country and bands with original material in such places as the Albert Hall, Festival Hall, Glastonbury and the Cambridge Folk Festival to name but a few.

A versatile player, Robert currently performs and composes with his current band Basork and teaches both viola and violin.

Tickets for 'Gerard Bradley presents An Evening with Ruth Corey and Robert Peoples are £6 per evening and are available online www.alley-theatre.com or call the Box Office on 028 71384444.

Later in the year Gerard will be joined by guest artists Peter Doherty, Joan Talbot and Ann Jennings to name but a few.