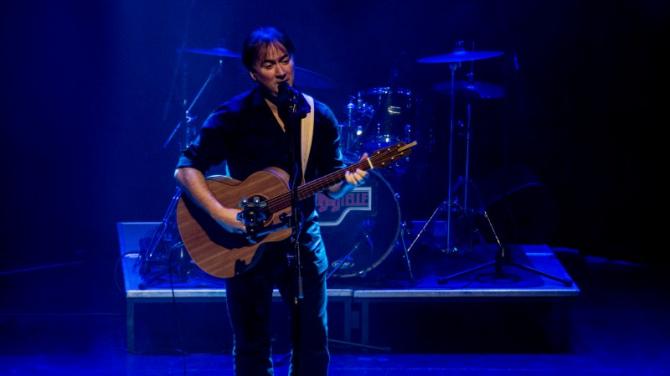 STRABANE singer/songwriter Brian Hassan is gearing up for the launch of his new album.

He has also opened for international artists including The Overtones, The Drifters, Smokie, The Beach Boys, Dr Hook, 10CC and Jose Feliciano.

His first album 'Tales from Home, which was released in 2017, received favourable reviews in The Sunday Times and FolkWord.

Described vocally, as a cross between Brian Kennedy and Tommy Fleming or as Mike Love from the Beachboys said "like listening to a new Dan Fogelberg", Brian has played throughout Ireland in various venues.

These include The Waterfront Hall, Vicar Street, The Ulster Hall, The National Concert Hall and numerous theatres and he has also performed at various festivals including Belfast/Nashville, The Acoustic Yard, The Foyle Festival and Celtic Connections in Glasgow. “

The 'Tales from Home' album was followed up with the release of 'Let’s Dance' in March 2022, an album featuring ten tracks released during lockdown and an acoustic album, 'Back to Basics', featuring ten new unreleased tracks.

Brian's concert at the Alley Theatre tomorrow night (Thursday) will see the launch of his latest work and will feature tracks off all three albums.

"The 'Back to Basics' album was recorded in Eamon Doherty's Truetone studio in Strabane," Brian explained.

"It features ten original tracks and is recorded with acoustic guitar and vocals only. Some are new and some date back as far as the 1980's.

"It was recorded with financial support from Arts Council NI (ACNI) and the Creative Individuals Recovery Programme.

"In addition, all ten singles released during lockdown were included on another album 'Lets Dance' .

"Six tracks were recorded with Peter McVeigh in Belfast and feature John McCullough on drums, Mark Evitts on strings, Kitija Ernstone on saxophone and Conor McManus on drums.

"The other four tracks were recorded with Peter Doherty at Neon Noise studios in Strabane."

Brian's albums are available to download from the all usual digital platforms:

An official launch for Brian's new work will take place tomorrow (Thursday) at the Alley Theatre.

The event will take place in the main auditorium with its cabaret seating at 8pm.

Tickets are priced at £6 and are available on the Alley Theatre website www.alley-theatre.com