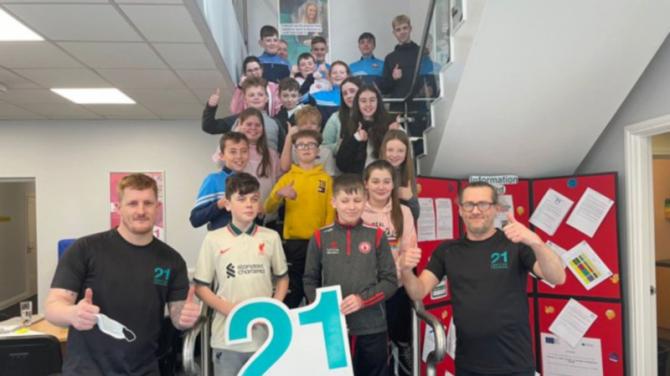 YOUNG members of Sigersons GAA Club were treated to a half-term Digital Camp funded by the National Lottery's Community Fund.

On Wednesday last, 19 members aged between 12 and 16 were welcomed to 21 Training.

The group enjoyed an introduction to all things digital from programme manager, Paddy Danagher, which touched on Virtual Reality (VR) Augmented Reality (AR) and the history of digital gaming.

Participants were then split into small groups where they got to experience firsthand VR experiences and modern VR games in high resolution.

As well as this, they explored the international Space station and completed a VR spacewalk to fix a solar panel damaged by space debris.

The participants also got an overview of the Unity Game Development engine and experienced a VR space simulation game in ALPHA development built by Paddy.

A spokesperson said: "There was much amusement when the groups experimented with the games from previous generations which included SuperMario, Yoshi etc and learned all about the Nintendo, Sega Mega Drive and Game Boys of the past!

"As always, FIFA was on the menu for group play and the participants had a chance to play off against each other,

"It was great to see the group interacting with each other socially over lunch and we hope they enjoyed it as much as the facilitators.