Leslie honoured for over 70 years of dedication to scouting 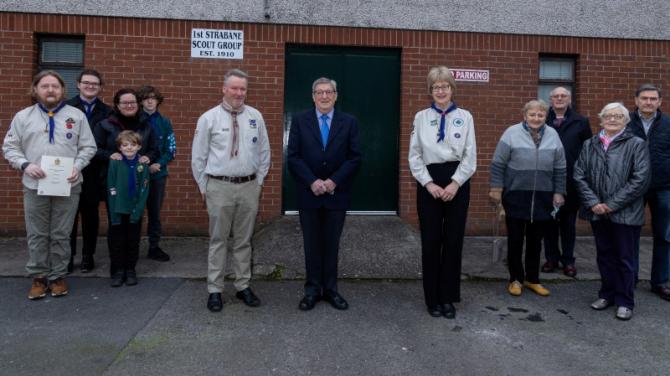 THE 1st Strabane Scout Group executive committee recently made a presentation to Leslie Shiels BEM, who has retired as honorary president of the group.

Mr Shiels has been associated with scouting for 72 years, having joined 1st Strabane Scout Group as a Wolf Cub, then progressing through Scouts and Rover Scouts to become group Scout leader.

He also set up a Scout group in Ballindrait, Co Donegal.

Mr Shiels was instrumental in building the present Scout Hall at Patrick Street in 1982.

Under his leadership, the antiquated premises owned by the YMCA was acquired, then demolished so that a new facility could be built on the site.

Materials were supplied at cost price and labour was provided by scouts and their parents.

Tyrone County Commissioner, Nigel Collins, also paid tribute to Mr Shiels for his dedication and support for scouting, both locally and in the county.