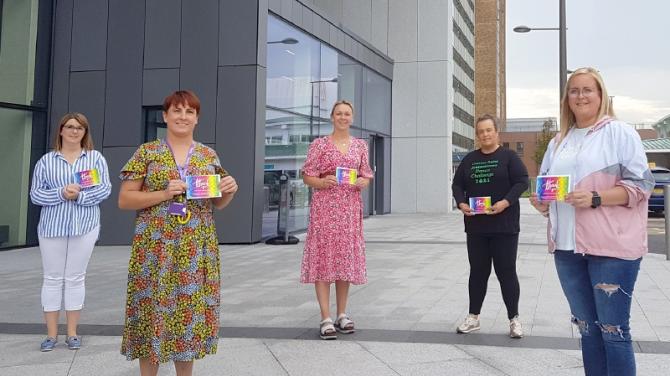 THE Clady and Strabane Community Group have been praised for their generosity and support of frontline healthcare workers.

The group took part in the Jerusalema Dance Challenge in April this year.

The event was judged by the then Mayor of Derry and Strabane District Council, councillor Brian Tierney, and aimed to raise funds to help show appreciation to healthcare workers for their tireless efforts throughout the pandemic.

The donations they received totalled £3,176 which has been donated in £70 Sainsbury’s vouchers for individual wards and services in Altnagelvin, Waterside and Grangewood Hospitals for staff comfort use.

Barry Lafferty, head of the Clady and Strabane Community Group initiative, came up with the idea to raise funds for health service staff in local areas to give them something back for the care and compassion they have shown, not only during normal times but especially during this pandemic.

"These areas received £70 vouchers for McColgan’s Food Hall and Supervalu."

On behalf of the Clady and Strabane Community Group, Cora Quinn, Teresa Quigg, Roisin McElhinney and Charlene McGhee presented the vouchers to Wendy Doherty, from the Western Trust, which have been distributed to the allocated areas.