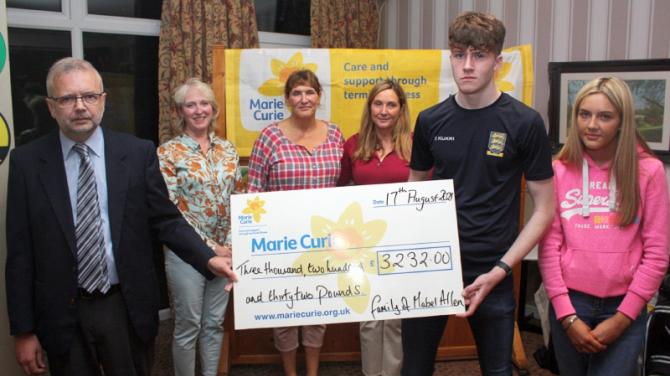 A TREMENDOUS day was had by all at the Marie Curie Four Ball Waltz fundraiser in memory of Mabel Allen at Newtownstewart Golf Club.

"The Allen family would like to thank all the sponsors and those who helped organise everything for this very worthy charity," a spokesperson said.

"A big thank you also to all those who donated and also to Newtownstewart Golf Club for hosting the event. An amazing amount of £3,232 was raised."