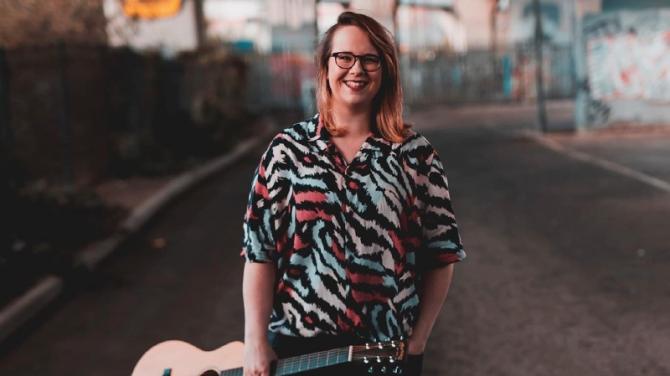 STRABANE'S Emer Maguire is among those taking to the stage to perform at a popular festival which is planning a triumphant return next month.

Stendhal Festival - a huge hit with music and comedy fans across the wider North West - has announced that over 20 more musical acts and ten stand-up comedians will be making their long awaited return to the stage, when the Limacady-based festival hosts the first Northern Irish festival in well over a year this July 9 and 10.

Organisers say that they haven’t been deterred by the two week postponement of the relaxation of regulations around outdoor gigs with over 500 attendees and say that they are fully committed to presenting their first 10th anniversary Stendhal event four days after the rules are to be relaxed.

Festival director Ross Parkhill said that the Stendhal teams faith in the current science and vaccination programme is the main driver for their decision to press on as planned.

“The postponement of the relaxations does mean that we will be cutting it a bit fine in terms of legalities but we’ll be more than ready to roll,” he said.

“Considering the data that is currently being reported, we believe that come July 1 we will finally, finally be able to say that our July and August Events are 100 per cent happening and that 2,500 people in July can enjoy the festivities at Ballymully Cottage Farm.

“Until we have a definitive no, we are moving forward in our attempts to kick start a summer that everyone so desperately needs.”

Ross continued: "The concerns surrounding the Delta variant are obviously very legitimate and while we do expect to see case numbers of that variant rise in the next two weeks, we see that as an inevitability due to relaxations of Covid restrictions elsewhere.

"What we don’t see as an inevitability is a major rise in hospital admissions and deaths and that is the crux of the matter, if they remain stable then there is absolutely no way that any decision to keep live music off the table for any longer could be deemed in any way legitimate.

"This is fantastic news and will no doubt go some way to convincing the powers that be that outdoor, socially distant events, like the one we ran two weeks ago, are more than safe enough to proceed.”

Ross added that he can’t wait to get acts back on stage doing what they do best and that he is really happy with how the line-up for the July event has shaped up.

“We are so pleased that our line-up is as usual composed mostly of indigenous talent", he said.

“We are thrilled to once again be able to give them a platform and even more so that we are finally able to help them back to work after suffering more than most during the pandemic.

“We still have our family programme and a few other bits and pieces to reveal before July, so there is plenty more to come from us.

“We are absolutely buzzing to welcome everyone back to Ballymully Cottage Farm this July and August, it’s been far too long.”

Stendhal is not the only thing celebrating it’s 10th anniversary this year, as And So I Watch You From Afar’s seminal album ‘Gangs’ also has a decade under its belt.

To Celebrate, the band’s set at Stendhal will be a start to finish live performance of the album.

Tickets for the festival are incredibly limited and less than 1,000 remain.

To grab yours and get that festival feeling back in your life visit www.stendhalfestival.com