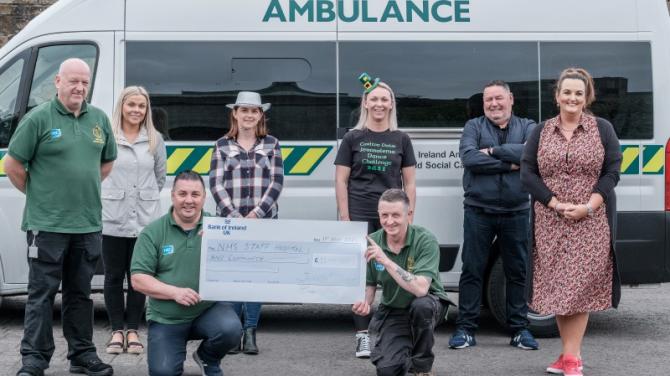 A CHARITY dance challenge has raised over £3,000 for NHS staff.

Last month several housing estates and community groups across Strabane and the surrounding area took on the Jerusalema challenge - the dance routine that has captured imaginations across the world - in a bid to raise funds for frontline hospital and community health staff.

All the routines were recorded and then uploaded to Facebook with Mayor of Derry City and Strabane District Council, councillor Brian Tierney, tasked with judging the submissions.

The entry from the residents of Carlton Drive was declared the winner.

All proceeds raised from the charity endeavours have now been donated to the Nurses Comfort Fund at Altnagelvin Hospital.

A special presentation event, also featuring participants performing their routines, was held in the Canal Basin recently for the handing over of the proceeds.

A cheque for an impressive £3,200 was handed over to local health care staff who gratefully received the donation on behalf of their colleagues.

Prizes donated by the Mayor were also presented on the day to the participating groups, while champions Carlton Drive also received the coveted winning trophy.

A massive well done to everyone involved in this brilliant community effort.