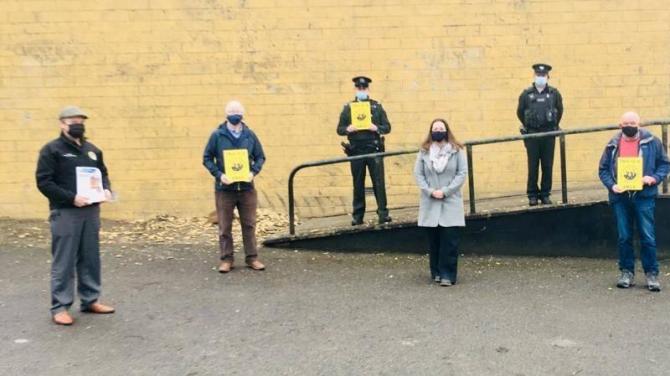 It is hoped the new community-wide initiative will enhance the general safety and security of the entire Dennett area.

"Neighbourhood Watch originated in the USA in the early 1980s. In the last two decades popularity of the scheme has increased tenfold year on year," a spokesperson said.

"The scheme helps to combat crime and to assist with making communities safer and friendlier places to live and work.

"The first European Neighbourhood Watch Scheme was set up in the village of Mollington in Cheshire, England, in response to a prevalent outbreak of burglaries and was an immediate success.

"Surrounding areas became aware of this success and copied the scheme, which lead to the rapid growth of Neighbourhood Watch schemes throughout the UK and Ireland.

"Neighbourhood Watch has proved to be an amazingly effective example of communities working in partnership to prevent crime and vandalism, reduce the fear of crime and generally improve the quality of life for everyone."

Anyone requiring any further information about this exciting new initiative can contact Dennett Valley Men’s shed by email: dennettvalleymensshed

"Search out our Facebook page (Dennett Valley Men’s Shed) or alternatively drop into the shed at our base on 5 Brook Road, Donemana where you will be made most welcome," the spokesperson added.