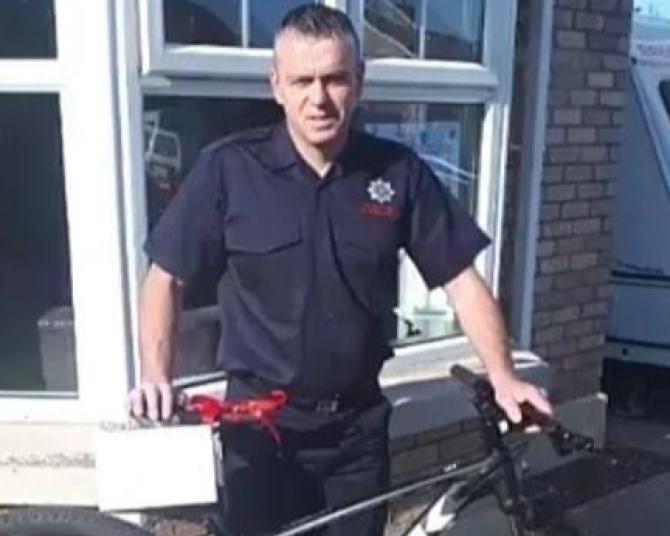 A FRONTLINE worker who had his bicycle stolen has been given a new one thanks to the generosity of a local business.

Last Thursday Barry Porter was cycling on his way to work to respond to a fire call when he was offered a lift by a co-worker.

Accepting the lift, the local firefighter carefully concealed his bicycle near his home.

However when he returned, heartless thieves had made off it.

Once they heard of the incident the ladies at Bejewelled at Soul swung into action and kindly replaced the bike to show their appreciation to Barry and all key workers.

Outlining the details on their Facebook page, they said: "This is Barry. He's a fireman in our local community and for anyone who knows him, an all round sound guy!

"Last week, whist cycling to work his co-worker stopped and offered him a lift. As you do, he left his bike in a concealed area very near to his house and when he returned it was gone.

"After a few days of trying to locate it and his family being annoyed that someone would go so low in the times that we're in it was apparent it was gone.

"So we had been thinking we would love to do something for our frontline workers to let them know how much we appreciate all that they do and what better way than to buy fireman Barry a new bike!"

In an amazing act of generosity, the girls sneaked to Barry's home to drop off a shiny new bike with a little note of appreciation.

They added: "Now, will someone buy that man a lock This is just a small token of our appreciation to every single frontline worker.

"You are doing more that just your job... take a bow!"