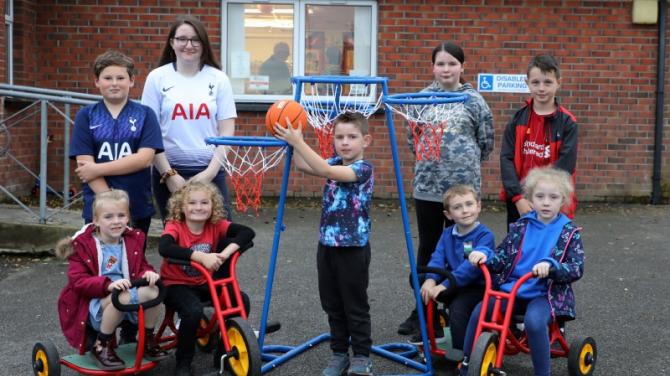 A SION Mills community group is celebrating after receiving £10,000 in funding from The National Lottery.

Sion Mills Community Association says the money will be used to support its work with children and senior citizens in the village.

The group says the money has allowed it to purchase well needed new equipment for the youth club as well as a new heating and boiler system which will enable classes and activities for children and senior citizens to be run over the winter months in a warm and welcoming community hall.

At the same time, the group will be able to continue to offer their weekly services to the local community and carry on the vital services and support network they have endured to do over the last 25 years.

Speaking this week, Georgina McClintock, secretary of Sion Mills Community Association said they were delighted to unveil the funding windfall.

“We’re delighted that the National Lottery Community Fund has recognised our work in this way.

“Now, thanks to National Lottery players we will be able to press on and develop our plans to provide the children of the village with a fully equipped youth club with new equipment to developing their social and interaction skills,” she said.

The group has been running since 1993 and is staffed by 10 volunteers. The Association was set up at a public meeting in the local school after it was evident that the community was struggling to provide support to local families and their children, senior citizens and general village regeneration issues such as street lights, housing issues and environmental improvements.

A youth club runs twice a week for children aged five to 14-years-old, attended by 40 plus local children, where they join in with activities such as playing games, arts and crafts workshops and IT workshops.

The senior citizens of the village also enjoy a number of weekly activities such as bingo, flower arranging, arts and crafts, health and well-being classes with the community association aiming to provide this group with a warm and welcoming place to visit overcoming the feeling of isolation and loneliness.

“It’s fantastic to see the valuable work being done by Sion Mills Community Association recognised in this way by the National Lottery.

“Groups such as this have such an important role in providing much needed support and services to rural communities. The funding is much welcomed to the area, this will allow the Sion Mills Community Association to continue with the great work that they are doing for the local community,” she added.