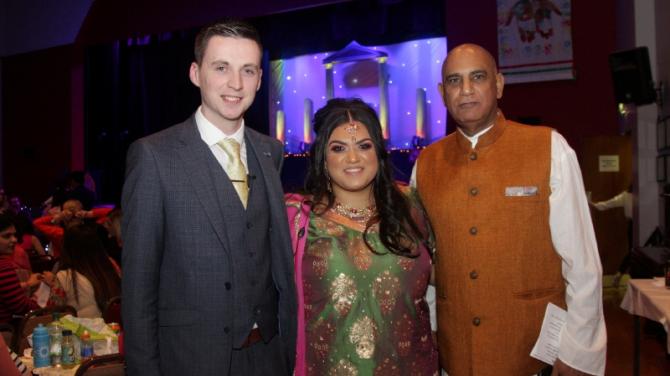 The group has been buoyed by the support of the local community since news earlier this year that it had been denied almost £5,000 of crucial funding by Derry City and Strabane District Council (DCSDC).

Speaking on Monday, Kamini Rao, project co-ordinator at SECA, said she was overwhelmed by the support shown on Saturday night

“Around 350 to 400 people came to the Diwali Festival on Saturday night. It was a really lovely atmosphere because we didn’t know if we could pull it off this year because of the funding but everyone had a great night and enjoyed themselves.

“This year we noticed a real increase in local people coming along and councillors such as SDLP MLA Daniel McCrossan, Sinn Fein MLA Michaela Boyle, Independent Paul Gallagher, UUP Derek Hussey, Sinn Fein's Brian McMahon and Maolíosa McHugh who came to support us. A lot of members from the Indian community came as well as people from Omagh, Letterkenny and Derry which just goes to show how well supported we are.”

She added: “Entertainment on the night included two groups of local girls from the town and the rest were from Letterkenny, Derry and Omagh. The fashion show was also a great success and we had 50 models participating including adults and children. The food was provided by Masala.

“Although the Diwali Festival was free, SECA raised over £500 due to a raffle and donation which took place at the end of the night.

Kamini added: “We couldn't believe how much money we raised. We’re so happy and grateful for all the support shown to us. But we will continue to fill out an application form for next year’s round of funding from council because we do need the money to put on more shows.

“There’s so much community involvement within Diwali, not just from us or ethnic minorities but from the amount of people who come to watch our festival. It shows that people here enjoy the festival and want it to continue.”

SECA also plan to organise various events throughout the month of December to coincide with the printing of their new leaflets such as a ‘Mind your Tongue’ event which will be translated into various different languages, a big breakfast and winter programme which aims to ‘take children off the streets and give them something productive to do’.